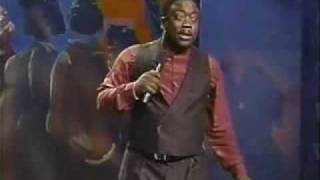 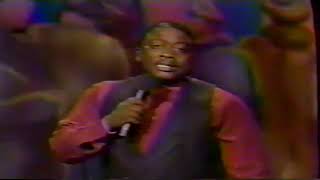 Robin Harris was born in 1953. He was an African-American comedian and actor. From Chicago, Illinois, his father was a welder and his mother was a factory seamstress. In 1961 the family moved to Los Angeles where he attended Manual Arts High School. A track star, Harris got a scholarship and attended Ottawa University in Kansas. It was during this time that Harris began to hone his craft of comedy. He worked for Hughes Aircraft, a rental car company and Security Pacific Bank to pay his bills. In 1980, he debuted at Los Angeles Comedy Store with little response. 1985 was his year; as the master of ceremonies at the Comedy Act Theater, his old school brand of humor began to gain him a mainstream following. A large-eyed stand-up churlish brand of humor and quick put-downs were his trademark. Harris made a promising feature debut playing a smart-ass bartender in I’m Gonna Get You Sucka (1988). A very sensitive man and professional, Harris continued with Spike Lees Do The Right Thing (1989), where he really stood out. As Sweet Dick Willie, Harris served as part of the neighborhood “Greek chorus” that commented on the events of an increasingly tense day. From there Harris had a perfect platform as Pop, the no-nonsense, quick-witted father of Kid in House Party 1990. He followed up later that year with a small turn as a jazz club MC in Mo’ Better Blues. Early in 1990, Harris was keeping a very tight schedule, which demanded much travel and long hours. He had respiratory problems and often nodded off during the day. Arriving in his hometown for an appearance at the Chicagos Regal Theater, he failed to meet friends the day after. His mother found him dead at his hotel on March 18th 1990.