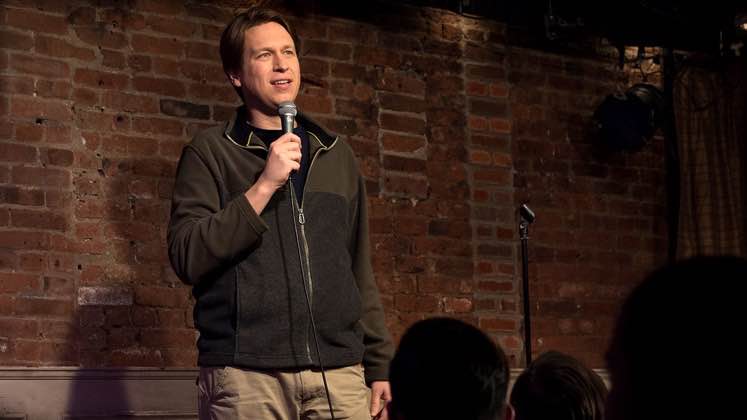 As a standup, Pete has appeared on his own half-hour “Comedy Central Presents,” “Premium Blend” and “John Oliver’s New York Stand Up Show.” He can also be seen on virtually every VH1 panel show ever, including “Best Week Ever.”

Pete has written for and voices multiple characters on Comedy Central’s “Ugly Americans” and is the voice and writer of the popular “E*Trade Baby” commercials.
Pete’s short videos are ubiquitous on the “internet” and are featured regularly on “CollegeHumor.com,” “Tosh.0,” “Atom TV” and “Atom.com.” Several of his cartoons have been published in “The New Yorker” which he thinks is pretty neat.

Pete has most recently appeared on “Conan,” headlined an episode for “John Oliver’s New York Stand up Show” and was on Comedy Central’s special “The Hot List” in 2010.
Pete has also worked as a story editor on the FOX comedy “I Hate My Teenage Daughter,” and a staff writer on the NBC comedy, “Outsourced.”

Pete wrote this bio in the third person so you’d think he has an assistant or something, but he doesn’t.