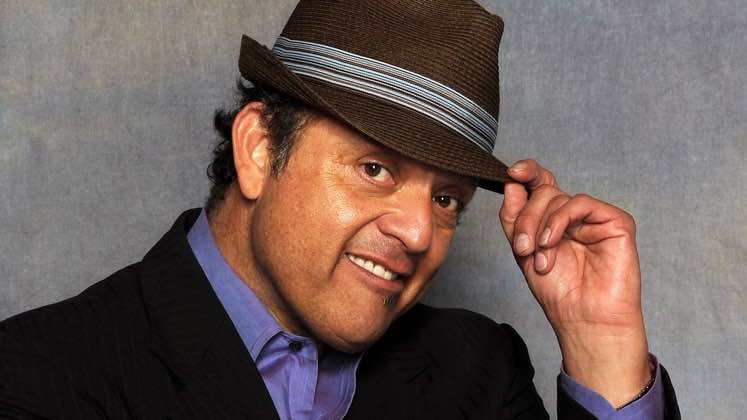 Paul holds the honor and is enshrined at the Smithsonian as the first television show about a Mexican American Family on mainstream American television. He went on to do two other series, “Trial and Error,” and “Grand Slam” for CBS. For four years (1990/94) Paul hosted “El Show de Paul Rodriguez,” an entertainment talk show for the Spanish-language Univision Network. The show reached an international audience throughout the United States and 17 other countries in Central and South America. Paul’s directorial debut came in 1994 with the film “A Million to Juan,” a family comedy in which he also wrote and starred in.

In addition, Paul also found time to guest star in several episodes of Showtime’s original series “Resurrection Boulevard,” and starred in six comedy specials for HBO, including “Loco Slam,” “Live in San Quentin” and the most recent being “Idiots and Armadillos,” which he also wrote and executive-produced. He also served as host for The Alma Awards on the ABC and the Latino Laugh Festival for Showtime, as well as his own television creations- four specials for the Fox Broadcasting Company (“Back to School,” “Behind Bars”)

Recently he had the opportunity to work with the legendary Clint Eastwood in the Warner Brothers film “Bloodwork”. Paul was the executive producer and star of the comedy concert film, “The Original Latin Kings of Comedy,” distributed by Paramount Pictures. His latest film projects include, “A Cinderella Story” starring Hilary Duff, “Badassss” directed by Mario Van Peebles, “Cloud Nine” starring Burt Reynolds and still in theaters, “The World’s Fastest Indian” starring Sir Anthony Hopkins and directed by Roger Donaldson.

Paul currently is in pre-production on two series which were picked-up by VH1 and UPN/ Revolution Studios and just finished starring in a comedy showcase series entitled, “ The Laugh Factory: Very Funny,” set to air on TBS.

Paul Rodriguez is an in demand performer with a busy schedule of concerts and personal appearances. As a well-rounded stand-up comedian, having honed his craft over the past twenty-five years, it is estimated that Paul has performed live to well over one million concert goers from coast to coast building a solid fan base. Within Hispanic communities, Rodriguez is considered to be the Richard Pryor, Lenny Bruce, and George Carlin when it comes to original comedy. Hands down, he has become the Original Latin King of Comedy.

Paul remains strongly rooted in the Latino community, working with civic and educational groups and his main contributions go to the National Hispanic Scholarship Fund (NHSF). Paul also contributes to such charitable efforts as Comic Relief appearing on the HBO’s program every year since its inception and hosts the annual Elizabeth Glazer Pediatrics Aids Foundation celebrity Golf Tournament.