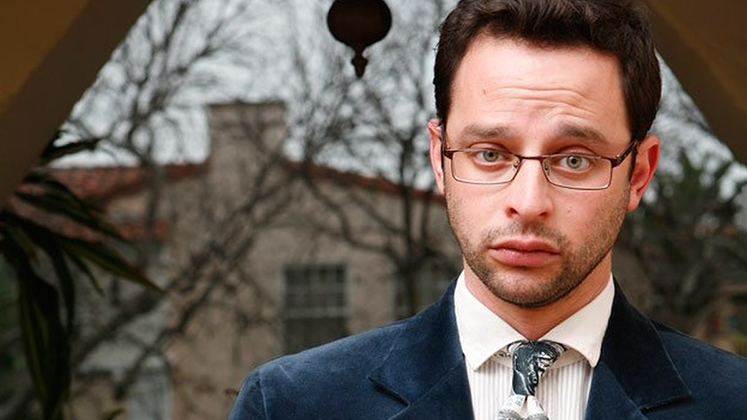 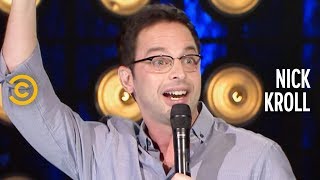 Nick Kroll: “Who Specifically Is Buying a Suitcase at the Airport?” 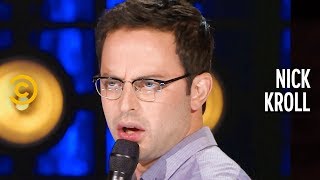 Why Would Anyone Want a Cat? - Nick Kroll 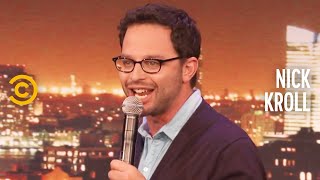 Nick Kroll: “I Never Quite Learned How to Talk Dirty”

Nick Kroll has been named one of Variety’s “10 Comics to Watch” and was featured in Comedy Central’s “Hot List of ‘09.” He leads the pack of a new generation of comedy minds as a versatile actor, writer and producer.

Currently, Nick stars on FX’s comedy series, “The League,” a part-improv, part-scripted comedy from Jackie and Jeff Schaffer (“Seinfeld,” “Curb Your Enthusiasm”) that is set to return in late summer 2011.

Additionally, Nick lends his voice to the animated series, “The Life and Times of Tim,” for HBO, on which he plays Stu, Tim’s best friend. Nick starred in ABC’s “Cavemen” based on the highly popular Geico advertisements, and has also made appearances on CBS’s “Worst Week,” VH1’s “Best Week Ever” and on “Reno 911!” as El Chupacabra, Reno’s only Latin radio show DJ. He is also well known for his characters including: Fabrice Fabrice, the craft services coordinator for the TV show “That’s So Raven,” Bobby Bottleservice, who loves his mother very much and wears Ed Hardy head to toe and Gil Faizon, an upper west side, middle-aged divorcee who’s obsessed with Alan Alda, of the “Oh, Hello Show” which he created with John Mulaney.