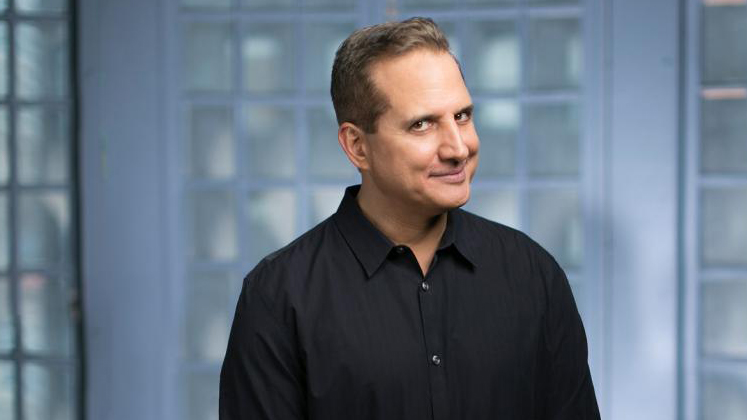 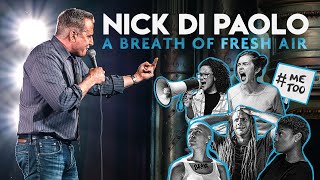 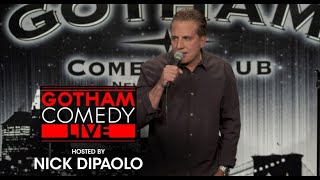 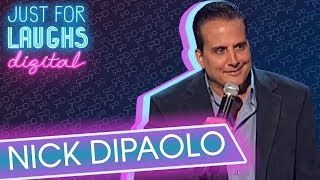 Nick DiPaolo - How You Know You're Getting Old

Nick Di Paolo grew up in Danvers, Massachusetts, the son of Italian-American’s Nick and Joan Di Paolo.  His first inkling that he might be fit for stand-up comedy was during a banquet for his high school football team. He had made a funny slide show for the occasion and had complete control of the room.

Di Paolo attended University of Maine, spending his time playing football and studying marketing. After graduation in 1984, he bounced around from career to career including most colorfully spend two years as a door-to-door salesman selling meat and seafood and, ironically, delivering beer to comedy clubs.

The business was not much of a success. At a Boston bar, Nick Di Paolo discovered the venue had a stand-up night. Believing he could better than the talent performing that evening, he decided to pursue comedy.

Still, it took a bit of momentum to get on stage - specifically the kind that comes from liquid courage. Di Paolo says his first stand-up performance was fueled by “30 beers.” His second performance, which was less alcohol-soaked, was as Boston’s Comedy Connection.

Di Paolo played Boston and sought out gigs through New England, often performing every night of the week. More amazingly, the first year he did it while holding down a full time job.  Two years later he moved to New York, becoming a roommate with fellow comic Louis C.K.

His gruff style, unrelenting at times in its views on race and sex, found a foothold in the New York comedy club scene.  He disdains casual observations about the everyday of life, focusing instead on rougher material that occasionally elicits groans but also raucous laughs from those who love the “Cringe Humor” style. He says, “When I come off the stage. I want people to know what I’m about, whether they like me or not.”

Nick Di Paolo was a frequent guest on Tough Crowd, a favorite of the show’s host Colin Quinn.  He thrived in the show’s environment, where political discussion was often eclipses by frequent jokes at the other guest’s expense.

Di Paolo is a staunch Republican and reveled in the reelection of George W. Bush.

Di Paolo has appeared on many late night shows including The Tonight Show and The Late Show with David Letterman. His work as a writer for The Chris Rock Show was twice nominated for an Emmy.