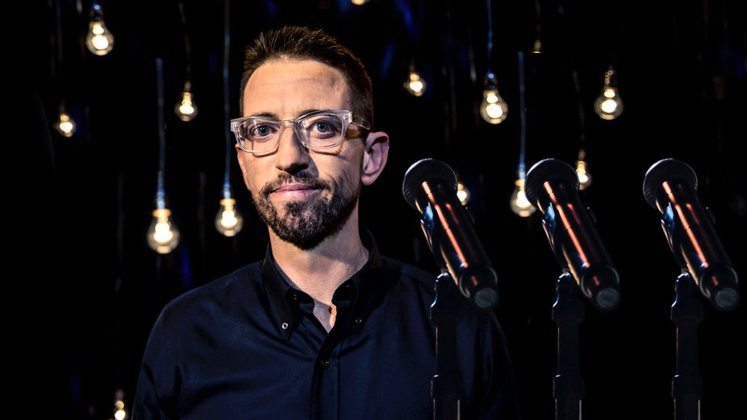 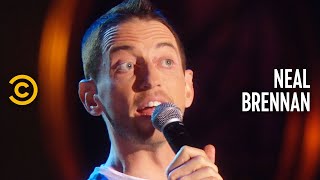 Why Is a Landlord Called a “Landlord”? - Neal Brennan 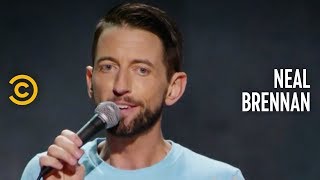 Get to Know Neal Brennan in Four Jokes 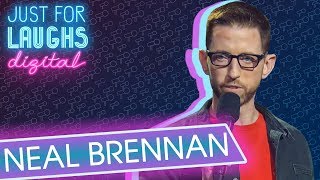 Neal Brennan - All Girls Are Paranoid

Neal Brennan is a writer, director, and comedian. He is the co-creator of “Chappelle’s Show,” for which he received three Emmy nominations. (Winning None!)

He co-wrote the film “Half Baked,” and directed the film, “The Goods,” starring Jeremy Piven, Ed Helms, Ken Jeong and Will Ferrell. He also collaborates regularly with Seth Meyers, writing and directing the ESPYs and The White House Correspondents Dinner.

Online, the podcast Neal co-hosts, “The Champs” is routinely on the iTunes charts and has been downloaded over 1.3 million times. As of this writing, Brennan has 180,000 followers on twitter and has been named by Time magazine and Rolling Stone, “One of the Funniest People on Twitter.”

Neal recently directed an episode of “New Girl” on Fox and is scheduled to direct Amy Schumer’s new show on Comedy Central. He is also developing a sitcom for himself to star in for the Fox network.

Stand up-wise, Brennan regularly tours the good venues in the good parts of America, has had his own ½ Hour on Comedy Central and just recently finished filming his hour special.

He has also appeared on “Late Night with Jimmy Fallon,” “Conan,” “Just For Laughs” and “Lopez Tonight.”