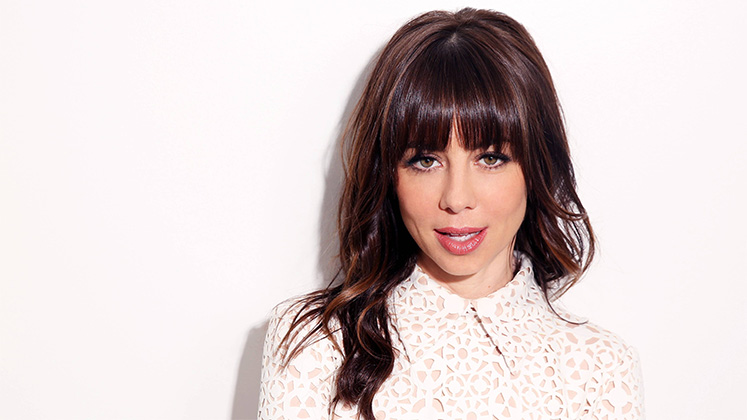 Natasha Leggero has been a favorite round table guest on the wildly popular “Chelsea Lately” on E! since it’s premiere in 2007 and is currently headlining packed comedy clubs across the country with her own mix of sophisticated writing, physicality and glamour.

In 2010, Natasha was a judge alongside Andy Kindler and Greg Giraldo on Season 7 of NBC’s “Last Comic Standing,” hosted by Craig Robinson. She also currently stars in Comedy Central’s hit animated series “Ugly Americans.” She starred in two pilots created by the “Reno 911” team of Tom Lennon and Ben Garant, “The Strip” for NBC and “USS Alabama” for FX.

Natasha was most recently seen in the hit movie “He’s Just Not That Into You.” She has played various deviants in her three-year recurring stint on Comedy Central’s “RENO 911!” She starred in the Comedy Central pilot “Gay Robot” and the MTV hit series “The 70’s House.” She has guest-starred on “It’s Always Sunny in Philadelphia,” “Samantha Who,” “Aqua Teen Hunger Force,” “Worst Week,” “‘Til Death,” “The Sarah Silverman Program” and the Comedy Central series “Nick Swardson’s Pretend Time.”

Born in Rockford, IL and raised in the theater, Natasha has loved being on the stage since she was 10. As a child actress in and around Chicago, she spent all of her free time performing in plays. As soon as she graduated high school, she moved to New York and attended the Stella Adler Conservatory. Upon receiving an additional degree in theater criticism from Hunter College, she swiftly moved to Los Angeles and decided to aim her razor sharp wit at Hollywood instead.
Her stand-up television appearances include two knock-out performances on “The Tonight Show with Jay Leno,” “The Late Late Show with Craig Ferguson” and “Last Call with Carson Daly.” She is signed on for a “Comedy Central Presents” special and a Comedy Central Records CD release, both of which will arrive in early 2011.

Natasha has been invited to perform at such festivals as the Vancouver Comedy Festival, SXSW, Sasquatch, Dublin’s Carlsberg Comedy Festival and the prestigious Montreal Just for Laughs Festival.

She resides in Los Angeles in a servantless household.