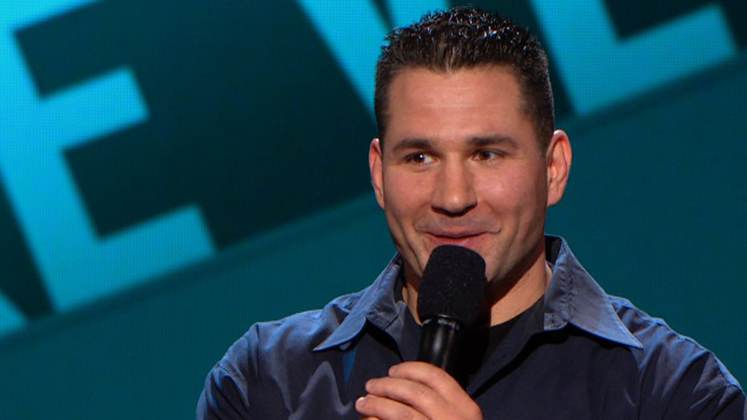 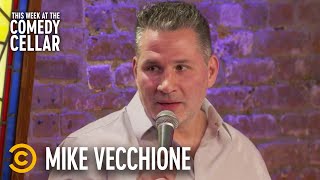 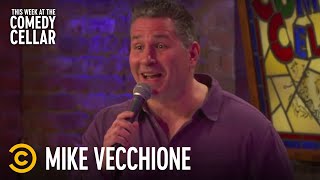 Apparently, You Can’t Pretend You’re a Cop - Mike Vecchione - This Week at the Comedy Cellar 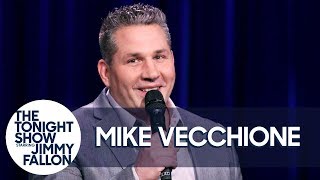 Born in Youngstown, Ohio and raised Italian American and Catholic. My father was involved in a family business and my mother was/is an elementary school teacher. As a family, we moved back and forth between northeast Ohio and South Florida throughout my childhood. Started playing contact football at age 9 in Florida and wrestling at age 13 in Ohio. My senior year of high school I placed second in the Florida AAA State Tournament and went on to college at Pennsylvania State University where I wrestled in 1991-1992 and tutored student athletes. Moved to Philadelphia, Pennsylvania in 1995 with my bachelors degree in criminal justice. Began work counseling adjudicated teens and children with mental health issues. Started teaching special education in the Philadelphia School District in 1998. Received my masters in Special Education in 2001 from Cabrini College and continued to teach in both public school and residential school settings. Started stand up comedy in 2000 and moved to New York City in 2003. Was the 1983 and 1984 Spelling Bee runner up at Pine Grove Elementary School. I failed to advance to the national bee in Washington D.C. because of the complexity of the word roothless, which I still spell with two o’s.