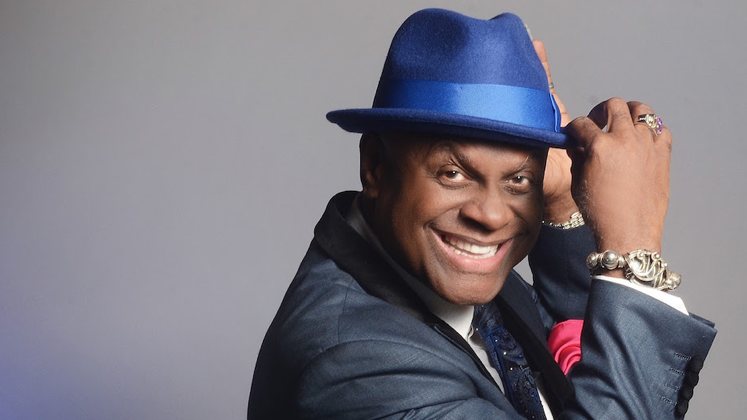 From the streets of Chicago to sands of Venice Beach…to stage and screen.  Actor/Comedian Michael Colyar is realizing his dreams.

For nine years Colyar made his mark in the hearts and minds of his audience on the Boardwalk of Venice Beach, California with his thought-provoking humor.  Dubbed The King of Venice Beach where every Saturday and Sunday for over 9 years Colyar would perform 5 one-hour shows a day.  His audience ranged from old to young…all colors…all nationalities….the gang bangers to the bank presidents…his audience could truly be called a melting pot.

Colyar’s informative and highly entertaining brand of comedy guarantees positive response.  As “Host” of “BET Live From LA”, his point blank delivery and razor-sharp insight connected to the guest that joined him on the sofa, as well as over 55 million viewers coast to coast.

Colyar is known to bring the same high energy, perfect delivery and dynamic stage presence to every show, whether the audience is his weekly show in Los Angeles, a local elementary school where he jokes with 5th graders, or Hosting “The Big Black Comedy Show” for an audience of over 6000.

In December of 2000, the city of Venice California honored Michael Colyar by placing his shoe prints, handprints and money grabber in cement for the new Venice boardwalk.

Colyar gained notable attention in 1990 when he was the $100,000 Grand Prize Comedy champion of “Star Search”, the nationally televised talent competition, and donated $50,000.00 to homeless charities in the Los Angeles area.

Star Search Champion…Talk Show Host…Actor/Comedian…Colyar stays busy.  But no matter how busy, he always takes time out to be funny.  In addition to Michael Colyar’s Comedy Extravaganza at The Comedy Union in Los Angeles every Monday, he is always on the road…at a comedy concert or in a comedy club…doing what he loves…making people laugh.