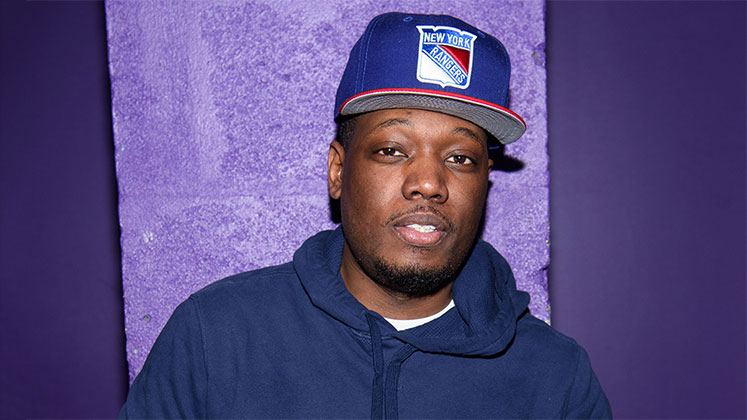 Critics and audiences agree: New York-based writer and stand-up comedian Michael Che is a star on the rise. In the past year, he has been named one of Rolling Stone’s “50 Funniest People,” one of BuzzFeed’s “50 Hottest Men in Comedy” and one of Variety’s “Top 10 Comics to Watch.” A native of lower Manhattan, Che’s comedy uses humor to identify humanity in the most controversial actions. He applies street culture to world issues with a delivery that The New York Times describes as “a reflective, laid-back stage presence with jokes that draw as much from his city upbringing…as from blunt, insightful points that bring the abstract into focus.”

In September 2013, Che was brought on as a writer for NBC’s iconic “Saturday Night Live.” In August 2013, he headlined a successful month-long run of stand-up shows entitled “Cartoon Violence” at The Edinburgh Fringe Festival, with The Guardian raving that “his effectiveness as a comic is instant.” Che appeared as a weekly cast member on VH1’s “Best Week Ever” in 2012. He was also featured on Comedy Central’s John Oliver’s New York Stand-Up Show and MTV’s “Money from Strangers,” and he was a recurring contestant on IFC’s comedy game show “Bunk.” He has performed at The Melbourne International Comedy Festival, Comedy Central’s South Beach Comedy Festival, The Moontower Comedy Festival, The Montreal Comedy Festival and Bonnaroo, after which The Nashville Scene proclaimed, “Straight up: Michael Che is going to be a star.”

On November 3, 2012, Che made his late-night television debut performing stand-up on CBS’s “Late Show with David Letterman.” That year, he also created, wrote and starred in the original web series “The Realest Candidate” on Broadway Video’s YouTube channel, The Above Average Network. Che was crowned the winner of the New York’s Funniest Stand-Up Competition at the 2012 New York Comedy Festival, and both Time Out New York and Comedy Central have listed him as one of their “Comics to Watch.” He headlines comedy clubs and colleges both nationally and internationally.