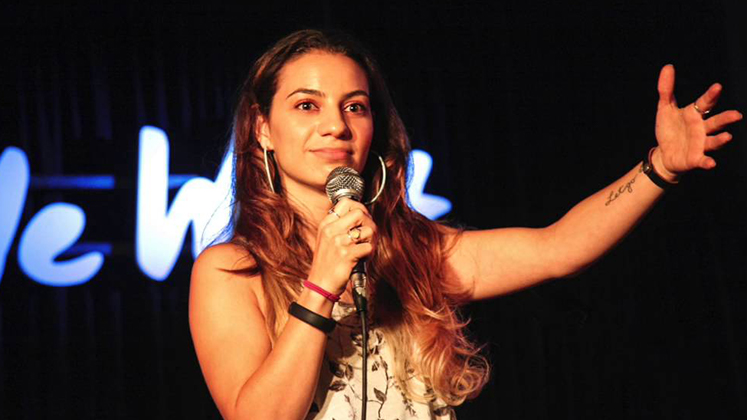 Liz Miele made her debut in the New York comedy scene as a determined and precocious 16 year old. By 18 she was turning heads with a profile in the humor issue of The New Yorker Magazine.  Now a “veteran” at 29, Liz is a regular at the best clubs in the city including Carolines, Gotham and Stand-up NY.  She tackles such topics as inter-racial dating, fear of walking home alone, and mental illness in her family with a sarcastic wit and youthful charm.  She was recently featured on Comedy Central’s Live at Gotham. She also writes and co-stars in a weekly web series with fellow comic, Carmen Lynch called, “Apt C3”  and created and writes an animated web series about broken robots adopted by humans called, “Damaged”