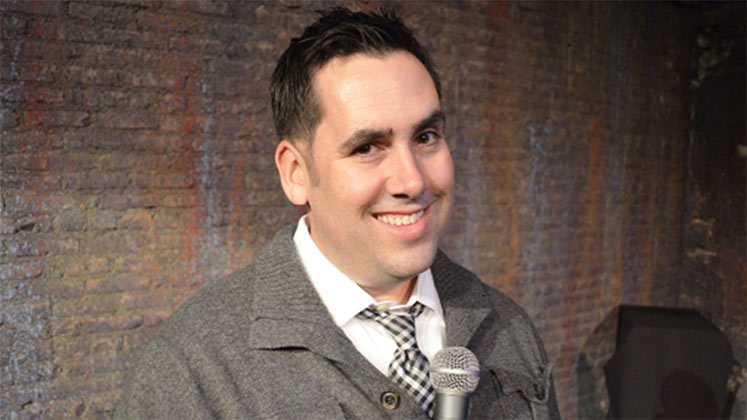 Josh Sneed is quickly making his mark as one of the top young comics in the business, and for the purpose of this bio, has become skilled in the art of writing in the third person.  After quitting a comfy day job working for Procter & Gamble, he’s made excellent strides in following his passion for making people laugh.  He’s opened for such acts as Dave Chappelle, Dane Cook, and Lewis Black.

In 2008, Josh finished 2nd out of 100 of Comedy Central’s top comedians in the Annual Stand-up Showdown, earning him a deal to record a new album on Comedy Central Records.  That album was released on Sept. 30, 2008 and was given rave reviews.  iTunes selected it as one of the Top 10 comedy albums released last year.  In 2006, Josh filmed a 30-minute special, “Comedy Central Presents:  Josh Sneed” that debuted in March 2007 and is currently re-airing.  In November of 2006, Josh placed 6th in the Sierra Mist/MySpace Stand-up or Sit Down Challenge out of over 2,000 entrants.  Finishing high in competitions is nothing new to Josh.  In 4th grade he earned a blue ribbon for throwing a softball through a tire.

In 2004, he performed at the Just For Laugh’s Montreal Comedy Festival in the “New Faces of Comedy” group, one of the highest honors that a comedian at his level can achieve.  In 2007, Josh was chosen by Comedy Central to perform in the inaugural South Beach Comedy Festival, and garnered praise from Punchline Magazine for his performance at the Aspen Comedy Festival.  Josh has also be seen performing in large venue theaters across the country as an opening act for the various members of “The Blue Collar Comedy Tour”, and has made several appearances on the nationally syndicated “The Bob & Tom Show”.