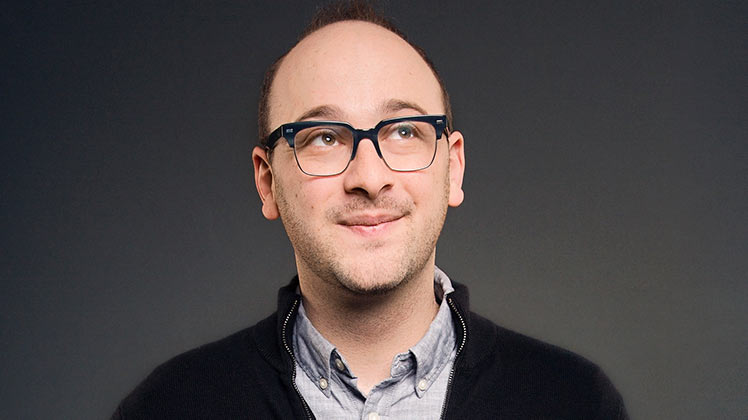 Josh Gondelman is a writer and comedian who is a writer on Season 2 of HBO’S Last Week Tonight with John Oliver. His talent for smushing words together earned him work writing for Fuse TV’s Funny Or Die Presents: Billy On The Street, and then got him his position as Web Producer for Season 1 of Last Week Tonight with John Oliver, where he wrote and managed digital content for The Daily Show alum’s new HBO show.

After incubating in Boston, Josh moved to New York City to bring his stand-up comedy to larger audiences. With years of experience as a preschool teacher and a pretty good guy, Josh charms audiences using his good-natured storytelling and cracks them up with his sharp, pointy wit. Onstage, Josh’s first break came when he traveled to Atlanta for the inaugural Laughing Skull Comedy Festival, where he turned heads and captured first prize! He has also performed at the Rooftop Comedy Festival in Aspen, CO, and headlined at the Laugh Your Asheville Off Festival in Asheville, NC. More recently he has appeared in the Eugene Mirman Comedy Festival, the Bridgetown Comedy Festival, and SF Sketchfest.

Outside of standup, Josh’s writing has appeared in prestigious publications such as McSweeney’s Internet Tendency, New York Magazine’s The Cut blog, and Thought Catalog. He is the co-creator and co-author of the popular Modern Seinfeld Twitter account, and his own Twitter feed was named one of 2012’s best by Paste Magazine. The Ellen Degeneres Show took notice of Josh’s joke writing skill and featured him as part of their “Tweetly Roundup.”

Josh’s work has appeared on television other times as well, much to the delight of his grandmothers. They were thrilled to see him on television on G4’s “Attack of the Show” and MavTV’s “Rooftop on the Road.” Josh’s debut standup comedy CD, “Everything’s The Best” was released in November of 2011 by Rooftop Comedy Productions.