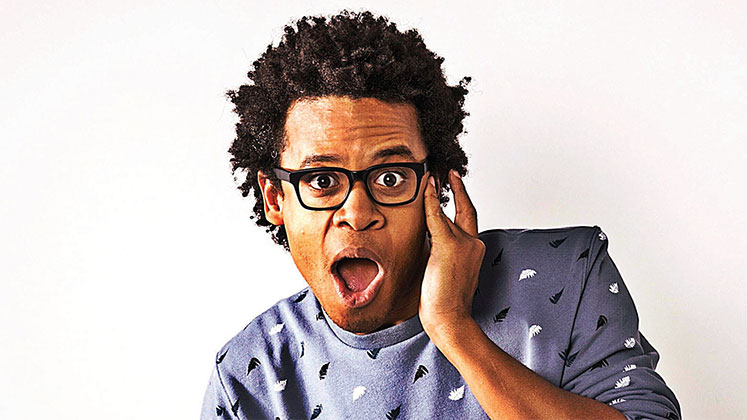 Jordan Carlos is a favorite fixture of the New York alt comedy scene, performing at The Upright Citizens Brigade Theater, The People’s Improv Theater, PSNBC, and CBS/NYC where he recently brought his improv/stand up or “stimprov” show, “Flying Blind” to a sold out crowd. Jordan is also one of the preppiest black guys you’ll ever meet and usually people’s sole black friend (which is fine). It’s something that definitely comes across in his comedy (”...a little more Cosby, a little less Def Jam”). TV appearances include a recurring role on “The Colbert Report” where he appears as “Alan,” Steven’s (wait for it) long-suffering black friend. He’s also made appearances on Spike TV, VH-1, FOX, and numerous national commercials for Pepsi, AOL, Microsoft, and Disney. Jordan was nominated “Best Male Comic” by the Emerging Comics of New York Awards and was a finalist in NBC’s “Stand Up for Diversity” showcase. He’s been a contributing writer for both Bar Mitzvah Disco (Crown) and “Esquire” Magazine. He also maintains a popular blog—“The Comedy Cubby: Nice & Preppy.” A graduate of Brown University, Jordan wrote for the campus humor magazine, The Brown Jug and is a proud alumni of the popular campus improv troupe “Improvidence,” which boasts Michael Showalter and Traci Ellis Ross among its former members.