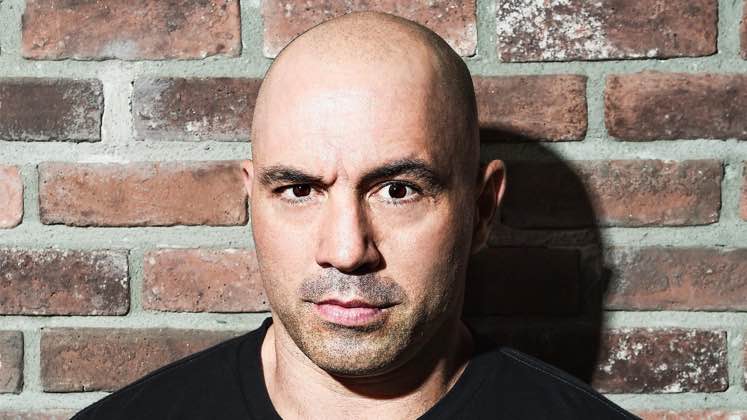 Though born in the tri-state area (specifically New Jersey), Joe Rogan was raised in Massachusetts - making many of his early comedy influences from Boston. His earlier passion however was the martial arts, which he discovered as an early teen. Rogan credits the martial arts with granting him the discipline to keep himself out of trouble, something that was common before he had become a practitioner.

Many of Joe’s friends in the martial arts encouraged him to perform stand-up. Rogan relented for a long time, believing that they only laughed because they knew him, doubting that he could get strangers to laugh. Finally at his friends’ insistence, Rogan took the stage at an open mike at Boston’s Stitches. Rogan describes the experience as a revelation. From that point in time he knew that stand-up was his true life’s purpose. He soon left the martial arts to devote himself to stand-up full time.

Rogan at first found it difficult to get work, as his act was not what many middle-of-the-road clubs wanted. He went through several odd jobs to support his new art - chauffeur, construction worker and, for time, as an employee for a detective agency. The rawness of his style did get him a gig at seedier venues and events - strip clubs and bachelor parties.

After cajoling a club owner to let him on stage (for no money), he was seen by comedy manager Jeff Sussman. Sussman was impressed and asked Rogan to consider moving to New York. Rogan jumped and Sussman soon had Rogan his first TV gig: MTV Half Hour Comedy Hour.

Things worked fast from there - he was cast in a series called Hardball, that failed relatively quickly. But soon after he was introduced to America as the character “Joe Garelli” in the NBC sitcom Newsradio (a part where he replaced Ray Romano).

Rogan continued to perform stand-up during that time, though many didn’t realize it was his main talent because they knew him as an actor first. (Rogan, in fact, had never acted before moving to Los Angeles) Rogan required clubs to put a sign up warning the audience of the language and content of the shows, so that people thinking they’d see “Joe Garelli” would realize they’d be seeing something quite different.

During NewsRadio’s fifth and final year, Paul Simms, the show’s creator, attempted to sell a sitcom with Rogan as the central character. NBC passed on the show, which would have been titled Overseas.

Rogan soon became well known for a reality show entitled Fear Factor, where people were challenged to perform stunt of an extreme nature including at times eating unappetizing animal parts. While the show was lucrative for Rogan, it did not offer him many chances to be funny. Know it gave him name recognition, it was not necessarily as a comic.

In 2000, Joe Rogan released his first CD called I’m Gonna Be Dead Someday on the Warner Brothers label. Rogan pieced the CD from shows recorded in two towns - his hometown of Boston and in Houston, what he considers the birthplace of the kind of comedy he performs. Houston’s Laff Stop was a frequent haunt for both Bill Hicks and Sam Kinison.

In early 2007, Rogan confronted Carlos Mencia on stage, accusing him of being a frequent joke thief (Rogan’s nickname for Mencia is “Menstealia”). The confrontation was recorded by Rogan’s website crew, who edited into the video with their evidence of Mencia’s stealing. They then uploaded it the web and virally promoted it to many social media sites. The subsequent uproar cost Rogan his management and his relationship with The Comedy Store, the comedy club where the fight took place. Rogan however has largely been lauded both within comedy circles and the general public for the dust-up, making many aware of his considerable comedy chops. For his part, Rogan has no regrets about the affair.

Rogan has also been outspoken about the accusations that Dane Cook stole from Louis CK.

Rogan’s second CD followed soon after. Entitled Shiny Happy Jihad, it was released on the Comedy Central Records label. The later part of the CD features Rogan taking questions from the crowd and riffing routines from them.

Rogan’s material is often philosophical, delving into the limits of human knowledge and the rareness we notice those limits. A particularly famous bit has him asking the audience if they believe they could reassemble technological society from the people in the club if the rest of the world died out. Rogan delivers many of his jokes in what appears to be an adrenaline fervor, a sort of testosterone rant. The tension between his insight and his style makes many of his routines powerful.

June of 2009 brought “Talking Monkey in Space”, a new one-hour special from Rogan that aired on the male-oriented cable network Spike TV, a first for the channel. Spike often has Rogan as a color commentator for Ultimate Fighting Championship bouts. Rogan filmed the special at Columbus, Ohio’s Southern Theatre. A longer and uncensored version of the special soon followed on DVD and in downloadable video formats.

Rogan works uncensored, so he has rarely performed stand-up on late night shows, which require seven minutes of clean material.

Rogan is also considered to be a bit of a conspiracy theorist, stating that he does not believe humans have ever landed on the moon.