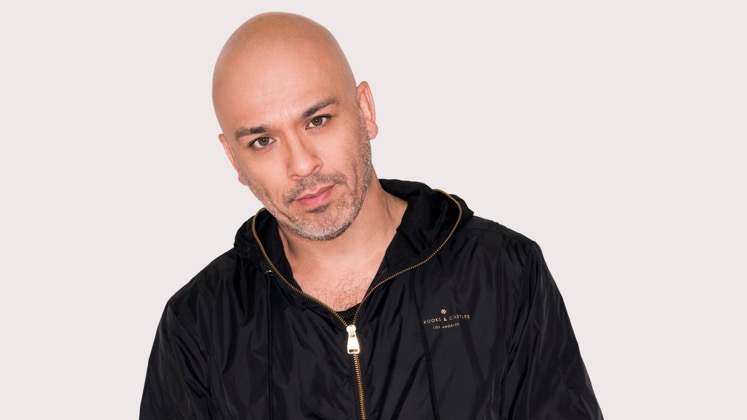 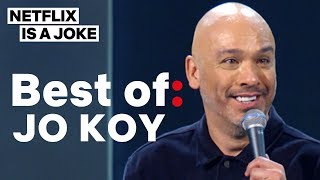 Best of: Jo Koy | Netflix Is A Joke 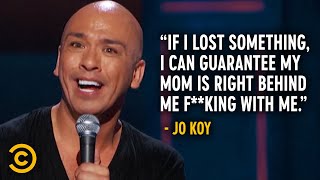 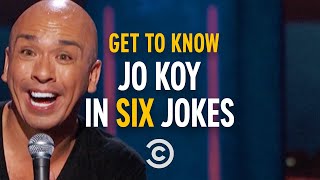 Get to Know Jo Koy in Six Jokes

With his catchphrase, “I Love Orange Chicken,” Jo Koy continues to embark on a comedy career that transcends his goals. Recently named as one of the “10 comics to watch” of 2007 by Daily Variety, comedian Jo Koy continues to raise his fame and stature in the comedy and entertainment world. His dynamic energy on stage yet charismatic and approachable persona off it has fans hailing him as “a comic for the people.”

While on stage, he mixes a lively physical presence with full energy, sharp observational humor, and inspirational-family-based laughs. His unique energetic stand up comedy performance is a big hit with fans of all ages and racial backgrounds. In 2005, Jo Koy received his highest honor after his performance on Jay Leno’s Tonight Show. That night, Koy became one of only a select few ever to receive a standing ovation in the history of the show.

In 2006, Koy was part of Carlos Mencia’s “Punisher Tour” performing stand-up comedy in front of fans filling 10,000-seat arenas across the country. He also has performed on the Jimmy Kimmel Live show, Chelsea Lately, Last Call with Carson Daly and Comedy Central Presents.

Born in Tacoma , a suburb of Washington, Koy has been performing and entertaining audiences since he was young child. Koy credits his mother for his comedic and acting talents. From an early age, his mother encouraged him and his sister (a singer in Las Vegas ) to take part in school talent shows and impromptu performances in front of family and friends. Koy is now far removed from the young-aspiring comedian who officially started comedy in 1994 on an open mic-night in a Las Vegas coffee house.

During the past ten years, he has starred in several TV stand-up specials from BET Comic View to Jamie Foxx Presents: Laffapalooza! He has won the Showtime at the Apollo, has performed in front of troops in the USO Tour, can be seen on various VH1 I Love the 70’s, 80’, 90’s and New Millenium episodes, AMP’D Mobile Phone commercials and received a second invite to the Montreal comedy festival - Just for Laughs, the series for which he was awarded Canada’s prestigious Gemini Award. He tours the comedy club circuits nationwide and performs internationally.  Koy is a regular guest at Chelsea Handler’s roundtable discussion on E!’s Chelsea Lately.

In 2008, Jo Koy shot his first hour-long special for Comedy Central as part of the New York Comedy Festival. The special premiered on the network in 2009 with the title “Jo Koy: Don’t Make Him Angry.”