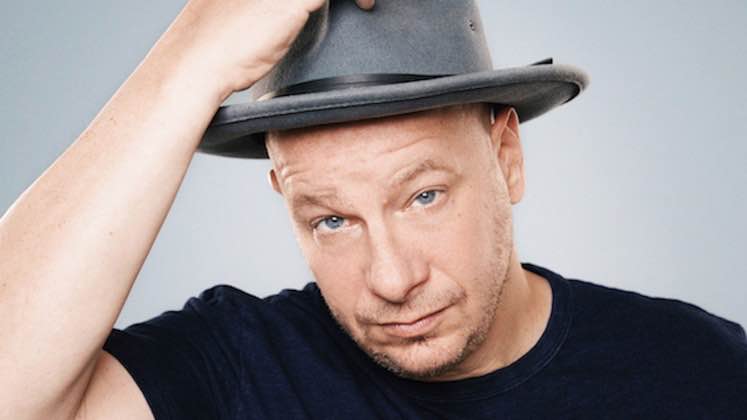 Jeffrey Ross grew up the son of kosher caterers in Springfield, New Jersey. He worked in the family business as a teen, both in the kitchen and as a parking valet. His parents passed away when he was teens, his mother at 14 and his father in 19.

After completing his Communications degree (with a minor on Political Science) at Boston University, Ross took a class in stand-up - unbeknownst to him - he thought it was a TV comedy writing class. Ross enjoyed the class and fell into stand-up. He began to use his family life, including his extended ties with his grandfather and aunt, to craft material. As he crafted an act, he continued his day job producing industrial films.

Ross appeared on Star Search in 1992 under his full name, but claims that after Ed McMahon botches the pronunciation three times, he felt he should change it.

Ross became the quintessential New York Comic, performing both in the clubs like the Comedy Cellar and in the burgeoning alternative scene at venues like the Luna Lounge.

Ross’s close relationship with his grandfather was an impetus for him to write his one-man show “Take A Banana For The Ride.”

Jeffrey Ross started hanging around the Friars Club after being invited to play poker with many of the Borsht Belt era members. Ross instantly felt at home, hanging out with comics like Milton Berle and Buddy Hackett.

In the mid-nineties as one of the younger members of the venerable Friars Club, Ross led his new generation of downtown comics to become members of a club that they once considered stuck in the Catskills. Most significantly to the club’s renaissance, Ross persuaded Comedy Central to broadcast the New York Friars Club roasts. Ross was a highlight of many of them with quips about Jerry Stiller, Drew Carey, Hugh Hefner and, most famously, Bea Arthur. He now bears the title of Roastmaster General for the organization.

In 2003, Jeffrey Ross took part of in a week long USO tour, performing for United States servicemen stationed in Iraq. He documented his trip with a newly bought Sony video camera, and his subsequent first directorial effort “Patriot Act” premiered in 2005. It was a favorite of festival, receiving special notice at Montreal’s Just For Laugh’s event.

In 2008, Jeffrey Ross recorded his first one-hour stand-up “No Offense: Live from New Jersey” at the Bogota Casino in Atlantic City. It aired following a Roast of Bob Saget, at which Ross also performed.