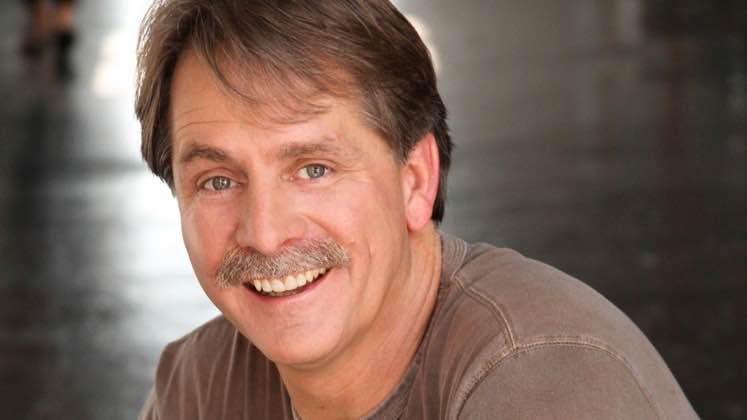 Georgia’s Jeff Foxworthy offered a slightly more witty version of Southern humor than some of the stars he grew up enjoying. Adapting a bit of Johnny Carson’s style of “formula” gag-writing, Foxworthy hit on a ceaseless array of jokes keyed to the phrase “You might be a redneck if…” As in:

Foxworthy had dozens of ‘em, and they filled several novelty books as well as cassette tapes that he sold at his shows. He worked hard and long, quitting his $30,000 day job in the 80’s in order to earn a mere $20 a night in tough Atlanta comedy clubs.

In 1990 Jeff won a “Best Stand-Up Comic” honor at the American Comedy Awards, quite an achievement, especially for a Southern comedian trading on “good ol’ boy” humor. Of course, unlike past practitioners such as Jerry Clower or the stars of Hee Haw, the lanky Foxworthy was not about to take to the stage in overalls or Grand Ol’ Opry finery. He told his jokes with a pleasant hint of a drawl and was able to find some crossover appeal when he appeared on “The Tonight Show.” He was just as likely to open for Jay Leno or Wynton Marsalis as country singers Garth Brooks and Eddie Rabbitt. He went on to star in two Showtime comedy specials.

His solid comedy writing helped his first album, “You Might be a Rednick If…” hit triple platinum, an astonishing feat for any record, but especially a comedy album. He remained a consistent seller. His first three albums for Warners sold a combined total of eight million copies. His 1995 release, “Games Rednecks Play,” took only five weeks to reach the platinum level (it went on to double platinum). It was nominated for a 1996 Grammy and by that time Jeff had been rewarded with his own sitcom.

Foxworthy’s TV series didn’t last long and critics found him to be rather bland. Even in his stand-up it was felt that his most distinctive trait was his joke writing rather than his joke telling. While his TV career stalled and he never went on to movies, Foxworthy has remained a top star on the stand-up circuit and his books and albums continue to do well. Foxworthy’s perhaps the best-sellign Southern humorist of the past 50 years. His “You Might Be A Rednick If…” novelty book eased through over 30 printins and his 1996 tome, “No Shirt No Shoes, No Problem” was on the New York Times Best Seller List for two months. Over 600,000 copies of it were sold—adding to the staggering 3 million copies of his previous books and over a million copies of his annual comedy calendar.

Jeff’s branched out in other areas. He opened “Jeff Foxworthy’s Backyard Bar-B-Q” in Kissimee, Florida. He is the Honorary Chairman of the Duke University Children’s Hospital’s “Children’s Classic Golf Tournament.” He raised a million dollars for the hospital. Never forgetting his roots, Foxworthy still lives in his home town of Atlanta with his wife and two daughters.