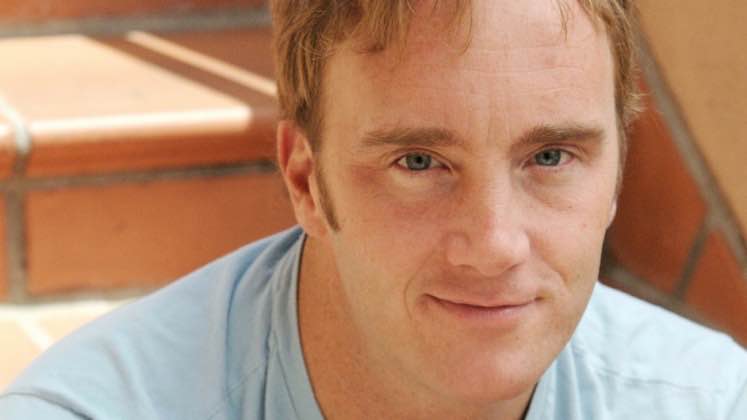 Jay Mohr is a quadruple threat. Film, television, radio and stand-up are all among the treasures in the bag of tricks he’s been working on throughout the 15-year career he began as a teenager.

He has worked with superstars, matching wits and chops with Tom Cruise in “Jerry Maguire,” Al Pacino in “Simone,” Eddie Murphy in “Pluto Nash” and Bill Murray in “Speaking of Sex.”

He often guest hosts Premiere Radio’s “Jim Rome Show,” the number one syndicated sports radio program in the country and is a most-requested guest on L.A.‘s number one morning show, KROQ’s “Kevin & Bean.”

He sells out theaters, clubs and colleges all over the country, earning standing ovations for his keen observations on the world and the people who live in it.

The multi-talented Mohr had his breakthrough film role as rival agent to Cruise in the blockbuster hit “Jerry Maguire,” and followed up in a touching good-guy turn opposite Jennifer Aniston in “Picture Perfect.” He starred in Doug Liman’s critically adored “Go” and co-starred in “Pay It Forward” with Kevin Spacey. His other film credits include “Playing By Heart,” “Suicide Kings,” “Seeing Other People” and the upcoming “King’s Ransom.”

Summer 2004 peaks with publication of his book Gasping for Airtime (Hyperion), a darkly funny memoir of his two years in the trenches as a writer and featured performer on Saturday Night Live. Mohr first wowed SNL audiences with his dead-on impressions of Christopher Walken, Ricki Lake, Dick Vitale and Sean Penn. Gasping is a brutally honest look at both the hilarity and the flipside of the fun.

From SNL Mohr made his move on Hollywood. His work as host of Fox’s NFL This Morning and narrator of Beyond the Glory led to Mohr Sports, a weekly comedy/music/sports talk hour he produced and hosted for ESPN. He is now at work on Last Comic Standing 3, coming back this summer on NBC.