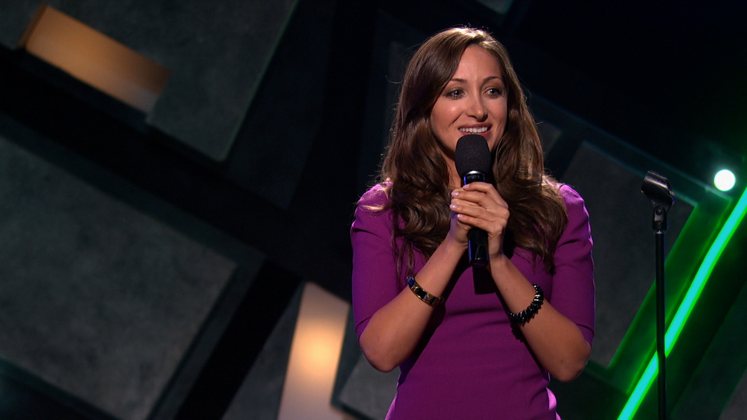 Comedian Jamie Lee has proved to be an undeniable, unstoppable force in the comedy world. Most recently, she was named one of the “Top Five Comedians Who Should Be Movie Stars” by Nerve.com, and one of the “Top 18 Women You Should Be Following on Twitter” by The Huffington Post.

Lee has starred on the hit MTV series Girl Code, which recently wrapped its fourth season and the new truTV’s series, 10 Things, which premiered in January 2016. Previously she co-starred on truTV’s How to be a Grown Up.
Lee appears regularly on comedy panel shows such as Comedy Central’s @Midnight, MTV’s Ridiculousness and most recently Fox’s World’s Funniest Fails. She was previously hosted EW.com web series Polished and appeared on the roundtable for E!’s Chelsea Lately.

Lee has performed stand-up on Conan, Comedy Central’s John Oliver’s New York Stand Up Show and The Pete Holmes Show (where she was also a staff writer), and was a semi-finalist on NBC’s Last Comic Standing. Most recently she has served as a staff writer on the Judd Apatow produced HBO series, CRASHING starring Pete Holmes.

Born and raised in Texas, she graduated from the University of Texas at Austin where she studied theater and film. After college, she moved to New York and landed a job at Comedy Central as a publicist. She later worked as a writers’ assistant for a Jerry Seinfeld’s reality series The Marriage Ref before auditioning for Last Comic Standing.

Lee is working on her first book, a funny, satirical look at what went into planning her wedding, to be released in 2016. She lives in Los Angeles with her chocolate labradoodle Dennis and her husband Dan Black.