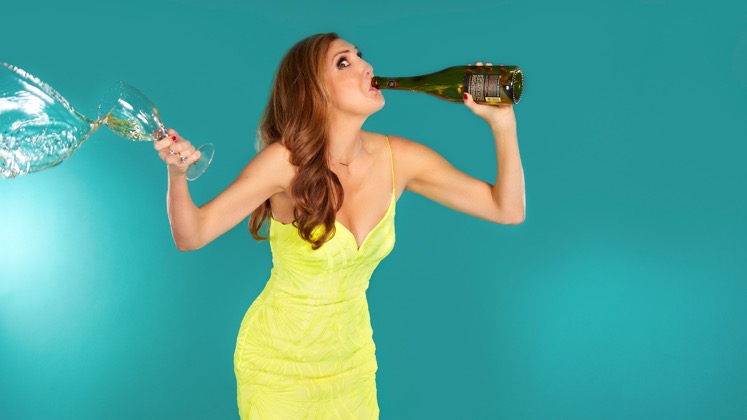 Heather McDonald doesn’t hold back on anything, especially when it comes to demonstrating her many talents. She continuously proves to master her craft as a comedian, actress, story producer, and best-selling author. Currently in her sixth season, McDonald is best known for her roundtable appearances on E!’s top rated show ‘Chelsea Lately’ and she became a breakout star on the E! comedic “mockumentary” series, ‘After Lately,’ which chronicled the ‘behind-the-scenes’ shenanigans of the ‘Chelsea Lately’ cast and crew.

McDonald is also a best-selling author: her debut book (released June 2010), You’ll Never Blue Ball in this Town Again, spent seven weeks on the New York Times best-seller list, and climbed to the #1 position on Amazon’s “Bestsellers in Entertainment” list. McDonald released her follow up to Blue Balls in February 2013 titled MY INAPPROPRIATE LIFE: Some Material Not Suitable for Small Children, Nuns, or Mature Adults which also became a national bestseller. My Inappropriate Life is an irreverent account of McDonald’s attempts to balance fame with family time, all while doing it her way. McDonald also contributed a chapter to the NY Times #1 bestselling book Lies That Chelsea Handler Told Me. Heather’s writing has also been featured in Redbook Magazine, Reader’s Digest, The Hollywood Reporter and she has contributed to New York Magazine’s Vulture.

On top of being a full-time writer and story producer for ‘Chelsea Lately,’ McDonald is also a regular collaborator with the Wayans Brothers; serving as a writer on their features WHITE CHICKS and DANCE FLICK. Heather is also a featured performer on ‘The Tonight Show with Jay Leno’ and has been a guest star on the hit television series’ ‘Frasier,’ ‘Malcolm in the Middle,’ ‘Reno 911′ and Nickelodeon’s ‘Drake and Josh.’

As a stand-up comedian, McDonald just wrapped her ‘My Inappropriate Life’ Tour where she performed to sold-out crowds in San Francisco, Chicago, Dallas, Las Vegas, Atlanta, and more. She opened for Chelsea Handler’s ‘Lies That Chelsea Handler Told Me’ TOUR in sold out performances around the country. These 2000-4000 seat theaters included Carnegie Hall, The Borgata in Atlantic City, The Pearl in the Palms Casino, Treasure Island, Route 66 Casino and the Wiltern in Los Angeles to name just a few.

McDonald was a member of The Groundlings Theater where she performed in the Sunday Company for two years. She is a graduate of the University of Southern California. Heather has been married to her husband Peter for 10 years and they have 3 children. They reside in the San Fernando Valley next door to her parents just in case they run out of milk, Chardonnay or need one of her dad’s Vicodin.