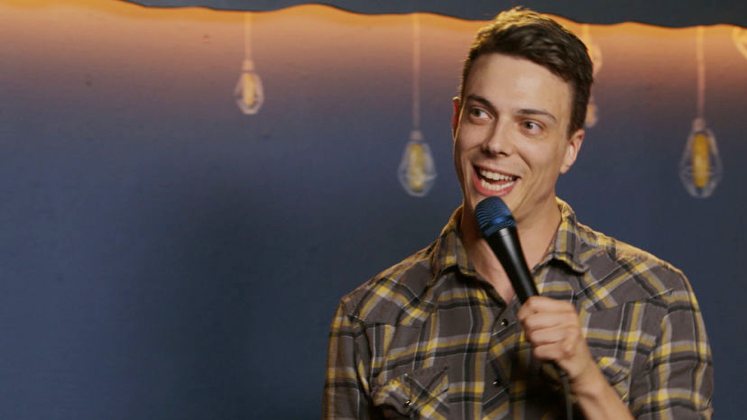 Hampton was born in Virginia, started comedy in DC, aged four years, and now lives in Los Angeles. Hampton won the DC Improv Comedy Competition in 2008 and other lesser important comedy contests in VA. He’s been a recurring presence at the Bridgetown Comedy Festival, South By Southwest, The DC Comedy Festival and the Bentzen Ball Comedy Festival, and was a semi-finalist at the Laughing Skull Festival, and was named one of Esquire’s best new standup comedians of 2012. He’s written for Upload With Shaquille O’Neal on TruTV, Fantasy Factory on MTV, Loiter Squad on Adult Swim, and most recently for Ridiculousness on MTV. Most recently, Hampton appeared at the 2014 Montreal Comedy Festival as one of their New Faces, appeared on TBS’s Conan and NBC’s Last Comic Standing and Comedy Central’s The Meltdown with Jonah and Kumail. Hampton’s latest CD Bearable debuted in 2015 from ASpecialThing records.

Hampton has appeared on the G4 Network, Adult Swim, and performed his stand up to millions of listeners on the Bob and Tom Radio Show, the Nerdist Podcast, XM Comedy Radio. Most recently, Hampton appeared on ComedyCentral.com for Comedy Central’s Comics To Watch at the NY Comedy Festival in 2012, and appeared on Adam Devine’s House Party (Comedy Central) in 2013.

Hampton also made a webcomic with his brother Clay Yount: robandelliot.com. It has an awesome fanbase and has been a critics’ favorite.