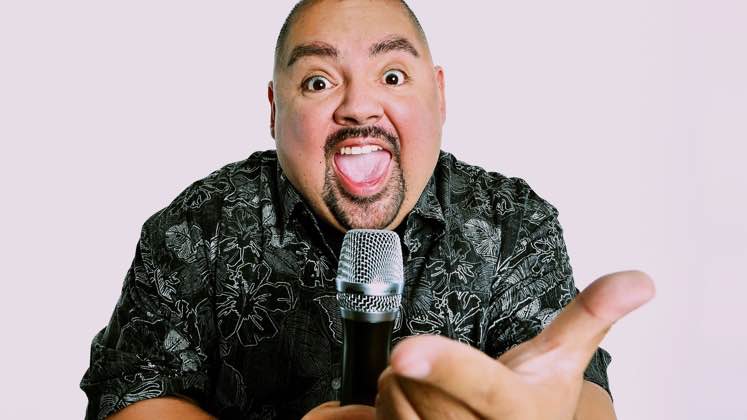 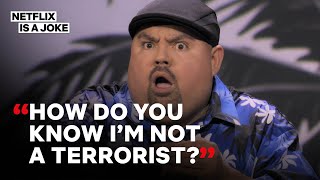 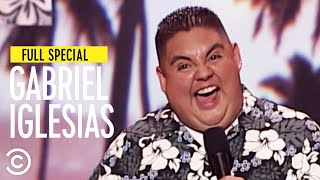 Gabriel “Picachu” Iglesias’ style of comedy is a mixture of story telling with characters and sound effects that bring all his personal issues to life. His amazing ability to cross over with a clean animated style of comedy has put him in big demand throughout the stand-up comedy circuit. Ask anyone who has seen him in concert and you will probably hear the same thing, “He was so funny!”

Gabriel, one of the rising stars in the recent boom of Latino comedians, was put on the map by the Galavision TV show, “Que Locos!”. This highly successful television comedy hour quickly spawned into a nationwide tour of sold-out performances across the country. The experience not only helped to develop Gabriel’s loyal fan base, but also led to additional film and television roles. He has guest-starred on ABC’s “My Wife & Kids,” Showtime’s “Resurrection Boulevard” and was involved in the WB pilot for “Deez Nuts”. His stand-up has been featured on “Jimmy Kimmel Live,” “The Tonight Show with Jay Leno,” “Good Morning America,” “Showtime at the Apollo” and BET’s “Comic View” to name a few. On the big screen, he has been seen in the independent film “El Matador,” and coming in 2005, Gabriel will star in “The Surfer King,” where he will play the role of Aokee, the manager of a water park Surf and Snack Shack.

Known as the “fluffy” comic in the Hawaiian shirt, the 27-year old funny man often riffs about his girthy middle - whether it’s talking about how little dancing it takes for him to work up a sweat at the nightclub, or how hearing his girlfriend coo the words “chocolate cake” over the telephone works for him like phone sex.

Gabriel performs stand-up nightly while spreading his positive message of laughter by day at high schools. He includes in his punch lines messages about the hazards of alcohol and the importance of voting. In 2000, Gabriel won a Kid’s Choice Award for the Nickelodean TV show “All That.” He then won the Comedy Central & Comcast Cable’s Comedy Special of the year in 2003 and in 2004 & 2005 was voted into the Top 25 of Comedy Central’s Standup Showdown.

The youngest of six children, Gabriel spent his first five years living on the eastside of Chula Vista. By the age of eight Gabriel and his mother were on their own and making a fresh start in the city of Long Beach. One night Gabriel’s mother took him to the local video store where he rented a comedy tape starring Eddie Murphy. Two weeks later he was motivated to audition for his 5th grade talent show and to his suprise he was the hit of the show. Gabriel’s silly voices and characters left the audience in stitches and his dream of becoming a comedian was born. Eleven years later a friend of his pushed a very scared Gabriel Iglesias back onto a stage for the first time in over a decade. April 10th of 2005 will mark the eight-year anniversary of the day Gabriel made his dream of becoming a comedian a reality.

“I get my material from things that happen every day,” he says, using his 10-year high school reunion as an example. “I had too much to drink and I made an ass of myself. When they asked ‘Who has been on TV?,’ one of the girls handed me a mic. I said, ‘I see three or four girls who turned me down in high school. But you know what? You girls got fat and now I drive a Hummer.’ One of the girls tells me, ‘You’re fat too!’ And I said, ‘I was always fat. I kept my figure, why couldn’t you?’ It was the conversation of the night. I don’t use writers. I use real life.”

In his debut CD entitled, “Picachu… I See You,” Gabriel talks about hanging out with his buddies. He does not want to be labeled as a ‘Latino Comedian.’ “It’s just going to be funny. It won’t have an all-Latino audience. It’s going to be modern. I want to show people that Latinos are here, but we don’t have to be stereotypical.”