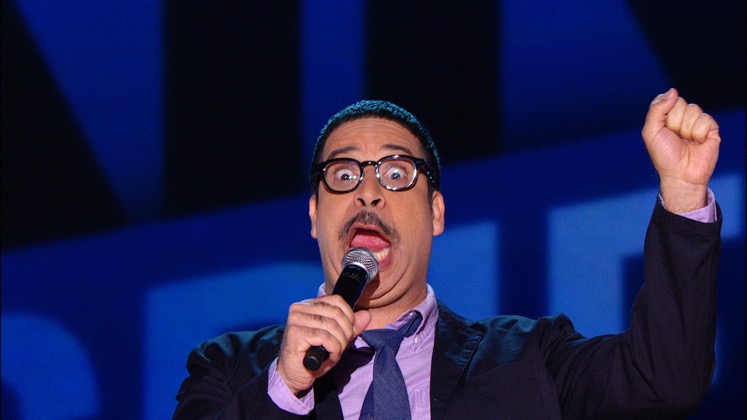 Erik Griffin, a first generation American-born comedian/actor, is hard working, ambitious, talented, and most importantly “funny” according to his mother. Erik made the decision in 2003 to quit his job and plunge headlong into making comedy his full-time occupation. This challenge paid off, Erik will next be seen as a recurring character on the new Comedy Central series, The Workaholics as “Montez Walker”. Erik first gained national exposure performing in the ALMA nominated Payaso Comedy Slam seen on SHOWTIME and COMEDY CENTRAL networks, Live at Gotham on COMEDY CENTRAL, Last Comic Driving on NBC, Comics Without Borders on SHOWTIME, nationally syndicated Comics Unleashed; and he can be seen featured in several national commercials, including the Emmy winning, Budlight Swear Jar. In 2008 at the Just For Laughs Montreal Comedy Festival, he received overwhelming reviews. Erik was featured at the 2008 NACA National Conference, the 2007 East Regional and 2006 NACA West Regional Showcases. He is currently headlining clubs and colleges throughout the United States and Canada. Mostly recently, Erik was seen on, Surviving the Holidays with Lewis Black on the HISTORY CHANNEL, he was featured in the Tribeca Film Festival Documentary, Just Like Us and will be touring the world promoting the movie. With his multicultural background, a Central American-Caribbean mother, a father of European decent, Erik blends well into the North American landscape particularly in this era of cultural diversity. With his routine full of hilarious observations about life, love and self-evaluation, he brings together all ages and ethnic backgrounds, which makes for an uproariously good time.