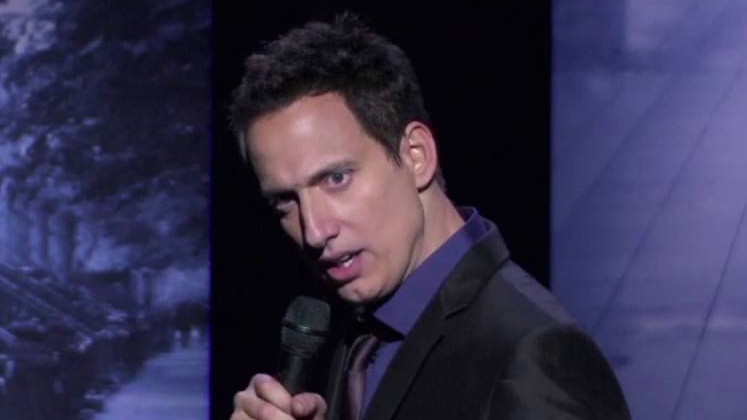 Elon Gold (born September 14, 1970) is an American comedian, television actor, writer and producer. He starred in the television series Stacked. He also starred in the short-lived sitcom In-Laws. Known for his impressions, including those of Jeff Goldblum, Howard Stern and Jay Leno, Gold can be seen as a judge on the ABC celebrity impersonation competition series The Next Best Thing. Gold was also in the movie Cheaper by the Dozen as a cameraman from the Oprah Winfrey show. Gold attended the Westchester Day School in Mamaroneck, NY and the Marsha Stern Talmudical Academy (MTA)/Yeshiva University High School for Boys in Manhattan, NY. He is a practicing orthodox Jew. Elon is the older brother of Ari Gold, an openly gay R&B singer. He often writes with his long time friend and writing partner, Ari “Ace” Schiffer. The two have written multiple pilots together including one that recently sold to Touchstone Television. Touchstone purchased the script, Wifeless, about two straight, best friends who get married.