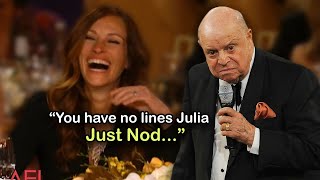 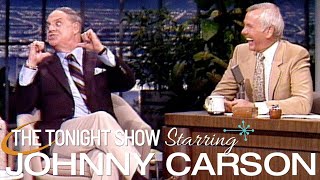 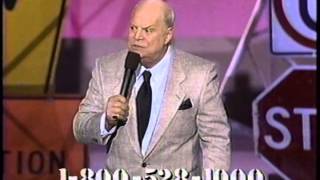 Don Rickles was born in Queens, New York. His father, Max Rickles, died when he was young. After graduating from high school, Rickles joined the Navy serving during World War II until he was honorably discharged in 1946.

While working as a salesman for Metropolitan Life, Rickles decided to pursue show business. Rickles was nervous, but had a great deal of encouragement from his mother Etta, who he often praises in his act to this day.

Rickles focus originally was not comedy but acting. He spent two years at a drama school where the actor Jason Robards Jr. was one of his classmates. He began to focus on stand-up as acting work became hard to come by.

Like many comics of his day, he performed in strip clubs. He tried to fit the traditional rhythm of stand-up with jokes and impersonations (many of which he self-describes as bad). He began to work the audience and found himself in the off-the-cuff responses to them. His mock aggressive persona began to show through. To this day, Rickles asserts that he cannot tell a joke.

As he developed, Rickles grew to show no fear on stage. When Frank Sinatra sat in the audience for one of his shows, he told the crooner: “your voice is gone. It’s all over for you. You’re making a fool of yourself.” Instead of being offended, Sinatra laughed. A life-long friendship began between the pair, among others in the Rat Pack, including Dean Martin who used the insult comic to great effect in his TV celebrity roasts.

Rickles was a regular guest on the Tonight Show with Johnny Carson and made much of his reputation with audiences as he sparred with both the host and made light of the other celebrities on the night’s show. His quick wit was perfectly suited to the format and made him a regular, favorite guest of Carson’s. He would appear on the late night talk show over 100 times.

Today, Rickles is a favorite Las Vegas attraction. Many people come to his show hoping he’ll take notice of them in the crowd and he’ll grace them with an insult on their weight, their locks, their heritage and anything else that catches the comic’s cruel-but-kind eye. Even if there’s not looking for the insult however, almost all get that Rickles act is just that and take the joke in good sport.

Rickles is a close friend of the comic Bob Newhart, and their families spend every Christmas together.

Rickles recently wrote a collection of stories about his life in comedy called “Rickles’ Book.” Rickles is also the subject of an upcoming documentary by director John Landis, who became a friend of the comic when he was a assistant director in the 1970’s film “Kelly’s Heroes.” A cut of the film was recently shown at the US Comedy Art Festival in Aspen, where Rickles received a surprise award from his friend Newhart.

Don Rickles died in 2017 of Kidney Failure in his Los Angeles home. He was 90 years old.