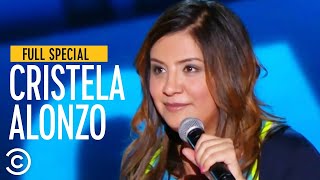 Getting Fast-Food Salads - Cristela Alonzo: The Half Hour - Full Special 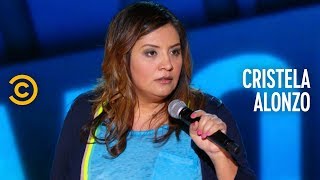 Apple Picking Is Only Romantic for White People - Cristela Alonzo 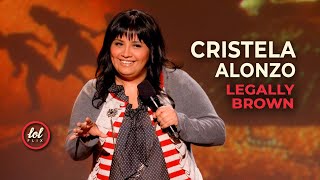 Cristela Alonzo is the cocreator, coexecutive producer and star of the ABC sitcom, “Cristela,” an achievement which caps a whirlwind year. Cristela rose to fame in the world of standup and has since topped multiple comedy power player lists including “Variety’s Top 10 Comics to Watch,” “Top 10 Comedy Acts to Watch in 2014” by LA Weekly, Cosmo Latina’s “8 Women You Should be Following on Twitter,” Time Out’s “Comics to Watch,” Cosmo’s “13 Female Comedians to Watch For in 2014,” and “One of the 50 Comedians You Should and WILL Know” by Vulture.com.

Cristela recently made a deal with Comedy Central to release her debut CD, “Some of the Hits,” this fall. “The Half Hour,” her first half hour special in Boston, premiered in June 2013 on Comedy Central to rave reviews. Cristela has also made appearances on “The View,” “The Late Show with David Letterman,” “Conan,” Gabriel Iglesias’ “Stand Up Revolution,” Showtime’s “Legally Brown,” “Last Comic Standing” and “Live at Gotham.” In addition, she performed at the Bonnaroo Music Festival and the Just for Laughs Festival in Montreal.

One of the most popular standup comedians in the college market, she showcased at the NACA (National Association of Campus Activities) national convention in Charlotte, NC, and was the most requested act of the convention. In the past three years, she has performed for almost 300 colleges.

Originally from San Juan, Texas—Cristela is based in Los Angeles, and when not on the road, can be found performing at various area clubs, including her home club The Comedy and Magic Club in Hermosa Beach. 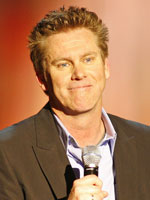