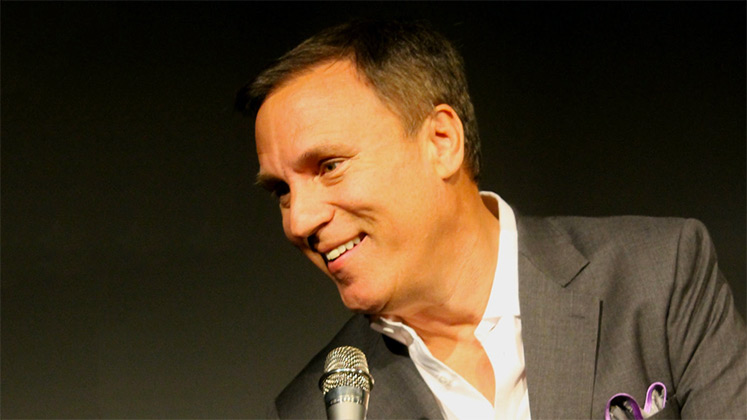 Craig Shoemaker’s extensive accomplishments, spanning more then three decades, are beyond impressive. He has performed for major television and cable networks, writes for the hit sitcom Fuller House, a radio guest on countless stations, hosted his own syndicated radio and podcast shows, on stage stand up, performances on Broadway, has written two children’s books, invented ON Hold advertising and hosted motivational presentations and speeches; all with audiences ranging from 50 to over 70,000 people.

These efforts have earned him accolades including, but not limited to, Comedian of the Year by American Comedy Awards; Number One comedy routine of all time by
XM Radio, iTunes #1 comedy album; The Last Stand Up, voted in the Top 20 on Comedy Central, two Emmy awards, an induction into the Association of Transformational Leaders and the Communicator Award Crystal prize. And, let’s not forget to mention, the honor of performing for four United States Presidents.

How did this happen?

Craig has a big heart with a brilliant mindattached to it. He is not just interesting, he is interested! Watching, learning and understanding people have been a life-long
fascination for him. With the wisdom and insight of an old soul, his focal point is laughter. His range of topics is practically limitless and always spot-on.

No matter the topic, including kids, parents, work, sex, sports, ethnicity, etc… no one is exempt from his finely tuned and targeted humor. Once experienced, one will claim he was a fly-on-the-wall during a fight or interlude with a spouse, a go-around with a child, friend or boss and so on. Whatever the topic, you will swear he was watching and finding the humor. As they say, “Laughter is the Best Medicine” but for Craig it’s “Laughter is a Gift for the Soul.”

In short, his humor is engaging, side splitting, hilarious and a laugh-‘til-you-hurt experience! Don’t miss it!