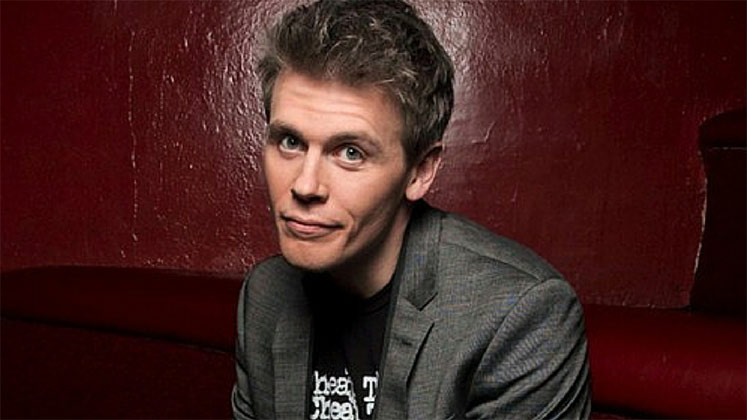 While growing up in Massachusetts, Christian Finnegan actually disdained stand-up comedy because of its ubiquity. The timing was immediately after the peak of the boom, where stand-up became default low cost programming for many networks. The saturation let to audience fatigue and the fact that some comics were not ready for the exposure didn’t help either. (These days, he charitably says that some of his hatred of stand-up probably came from a desire to do it.)

Not that Finnegan didn’t have comedy aspirations. He almost imagined himself hosting Saturday Night Live. While growing up he attended a performing arts high school Walnut Hill in Massachusetts. He attended New York University to study acting, later moving on to play-writing and directing. Finnegan often describes stand-up as being somewhat between play-writing and acting.

After graduating, he worked at a NYC publishing house (with humorist John Hodgman). He discovered the burgeoning downtown alternative scene - where stand-up was picking itself after the excesses of the boom. Finnegan jumped into that world, attending multiple open nights every week like Lower East Side’s “Faceboy’s Open Mike.”

As Finnegan act has grown, he’s found himself working in two realms - as a regular in the vital downtown alternative scene and as a popular performer in the comedy club circuit. He often relates that he feels like the outsider in whichever environment, but enjoys that he can play in both worlds.

Finnegan is probably best known for his work on VH1’s pop culture news show “Best Week Ever” where he jokingly describes his task as finding “new and exciting ways to call Britney Spears a whore.”

He had a person milestone in late summer of 2006 when he married Kambri Crews, who works as a publicist for Finnegan and many other comics.

Finnegan also lost what he estimated to be 70 pounds in 2006. He has never discussed it on stage because he doesn’t find it particularly funny.