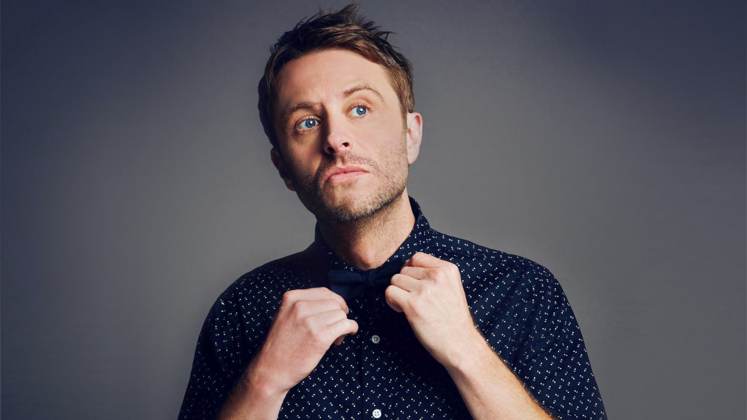 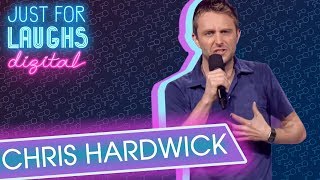 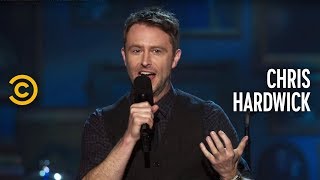 Chris Hardwick: Funcomfortable - Where Do Babies Come From? 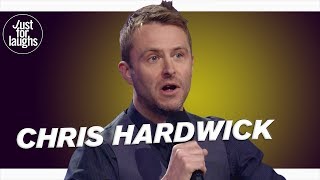 Chris Hardwick is a busy guy. He is the host of G4’s “Web Soup,” from the producers of the E! series “The Soup.” The show offers a fresh look at the best—and worst—moments from the week’s Internet mayhem and presents topical web videos and viral classics with tongue-in-cheek commentary. Hardwick also serves as a producer and writer.

In an effort to vanquish any downtime, he happily continues his duties as the resident Tech Correspondent on G4’s flagship program “Attack of the Show,” as a recurring panelist on “Chelsea Lately” and as a contributing writer for Wired Magazine. On the acting side, Chris is the voice of Otis the Cow on Nickelodeon’s animated series, “Back at the Barnyard” (for which he also freelance-writes) and appears in the Rob Zombie film “H2.” The remainder of his daytime activities revolves around maintaining his popular geek-lifestyle website, Nerdist.com and sating his 300,000+ Twitter followers with useful tweets. With a schedule like this it’s no wonder he is currently writing a book on time management.

Originally from Memphis, Tennessee and the son of one of the greatest professional bowlers of all time, Hardwick moved to Los Angeles in 1988 and attended UCLA the next year. In 1990, he began to take an interest in comedy and joined the UCLA Stand-Up Comedy Club. In 1992, Hardwick was a contestant on the USA Network dating show “Studs.” This bizarre game show experience led to an audition for the short lived MTV series “Trashed.” Hardwick nabbed the job and when the show was swiftly canceled he was shifted to VJ duty for the summer ‘94 until he was ultimately reassigned to co-host “Singled Out” with Jenny McCarthy.

Stand-up became a full-time part of Hardwick’s life in 1999 and soon after he was invited to all the top comedy festivals. Hardwick has performed at the U.S. Comedy Arts Festival in Aspen, Bumbershoot in Seattle and the Vancouver Comedy Festival. As part of the musical comedy team, Hard ‘n Phirm, he returned to Aspen, the Just for Laughs Comedy Festival in Montreal and South by Southwest. Most recently, Hard ‘n Phirm wrote and performed the entire soundtrack to Rob Zombie’s upcoming animated film “The Haunted World of El Superbeasto.”

Hardwick has also been seen on Comedy Central; first in 2001 on “Premium Blend” and later on “Comedy Central Presents: Hard ‘n Phirm” in 2008. Hardwick’s other credits include “Shipmates” and “CSI” as well as the films “House of 1000 Corpses” and “Terminator 3: Rise of the Machines.”

Hardwick currently lives in Los Angeles and is scheduling time in his busy calendar to enjoy it.