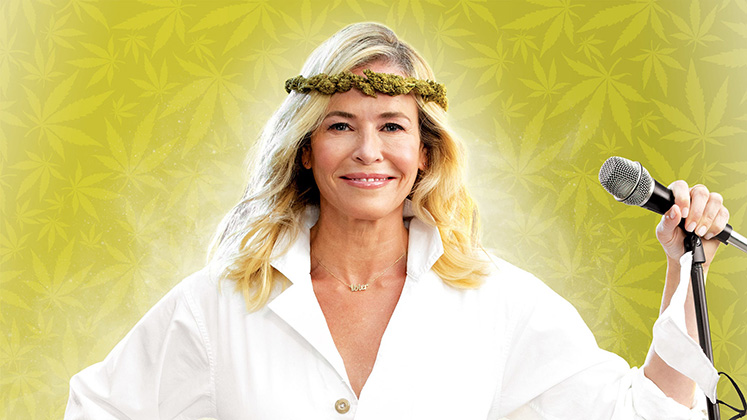 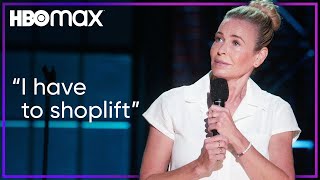 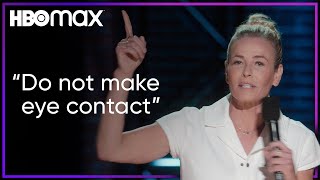 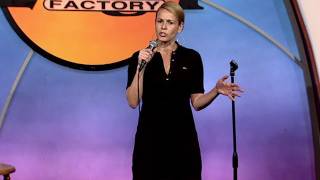 Growing up the youngest of six siblings in Livingston New Jersey, Handler found herself a bit taken aback by her own parents. Her used-car salesman father had a hard time selling the cars he got, so many sat on the families property. It caused the home to look like a junkyard, embarassing the young Handler.

At age ten, her eldest brother died, crushing the family.

After high school, Handler moved to California to become an actress, but with only mixed results. At 21, Handler got arrested for driving drunk. As far of her sentence, she had to attend a class which required the students to relate the events of their arrest. Her story got laughs from the class. Eager to repeat that experience (the laughs, not the DUI), Handler decided to try her hand at stand-up. Stand-up also appealed to her as she could say her own words, rather than the sides she was handed in auditions.

One of Handler’s first television breaks was as a correspondent for the Tonight Show with Jay Leno, performing interviews on the street. Her quick mind and ability to find humor in the moment also earned her a spot on the prank show “Girls Behaving Badly”, which aired on the Oxygen network.

Chelsea Handler’s first book “My Horizontal Life: A Collection of One Night Stands” debuted in paperback in 2005. The book was unflinching in relating Handler’s sexual experiences, surprising and delighting readers. The book grew to an incredible success, achieving best selling status for over 80 weeks.

July of 2007 saw the premiere of Chelsea Handler’s late night talk show on E! entitled “Chelsea Lately.” Besides the de rigueur celebrity interview, the show has two segments where she and fellow stand-ups comment on the entertainment and odd news of the day. Among the regulars on her show are Jo Koy, Whitney Cummings, Jen Kirkman, the Sklar Brothers, John Caparulo, Loni Love, Sarah Colona, Josh Wolf, Bobby Lee and Heather McDonald.

Akin to Howard Stern, much of Chelsea Lately becomes not as much about the news the panelists talk about. Between the stories, Handler and her comedians will mock and tease each other, along with Chelsea’s sidekick Chuy Bravo, for after hours activities including drinking and sex. Regularly panelists become personalities in their own right, talking up their quirks to a amused Handler.

Handler’s crew also has a variety of euphamisms for word they can’t say on the air. Among them: “Shadoobie” for shit. And “pikachu” or the more negative “coslopus” for vagina. Dwarfs like Chuy are also refered to as “little nuggets.”

Comedy writing is often a male game, so it’s exceptional that the writers room of “Chelsea Lately” is half female. According to a 2011 chart detailing the composition of late night writing staffs, Chelsea’s equally proportioned writers room raises the percentage of female writer’s in late night by a full 3%.

Her second book, “Are You There Vodka? It’s Me, Chelsea” arrived in 2008 and premiered at the top of the New York Times Best Seller List. Handler has become know for her love of Vodka, specifically Belvedere which sponsored her 2010 comedy tour.

Her third book “Chelsea Chelsea Bang Bang” also reached #1 on the list. She backed up the book with a comedy tour of the same name. The tour hit arenas and theaters in over 21 cities. Around the same time, the comedian panelists from her show began to tour in various combinations as “The Comedians of Chelsea Lately.”

Chelsea love of pranking her own staff resulted in a fourth book, “Lies Chelsea Handler Told Me.” Each chapter is a story told from a family member or friend who got taken in by a mischevious Handler and ended up looking stupid because of it. The book is the first in her own publishing imprint called Borderline Amazing.

In 2011 Chelsea created “After Lately”, a fictional look at the workplace behind her talk show.

2012 saw the debut of a sitcom based on Handler’s young life entitled “Are You There, Chelsea?”, a title that echos her second book but omits the word Vodka.

Handler has reservations about marriages, specifically how so many end in divorce. And while Handler likes being an aunt, has no desire for children of her own.

Handler does not see her performing stand-up late in life, although she still plans to perform comedy. She said she feels there’s “something unattractive” about an old women telling jokes on a stage.