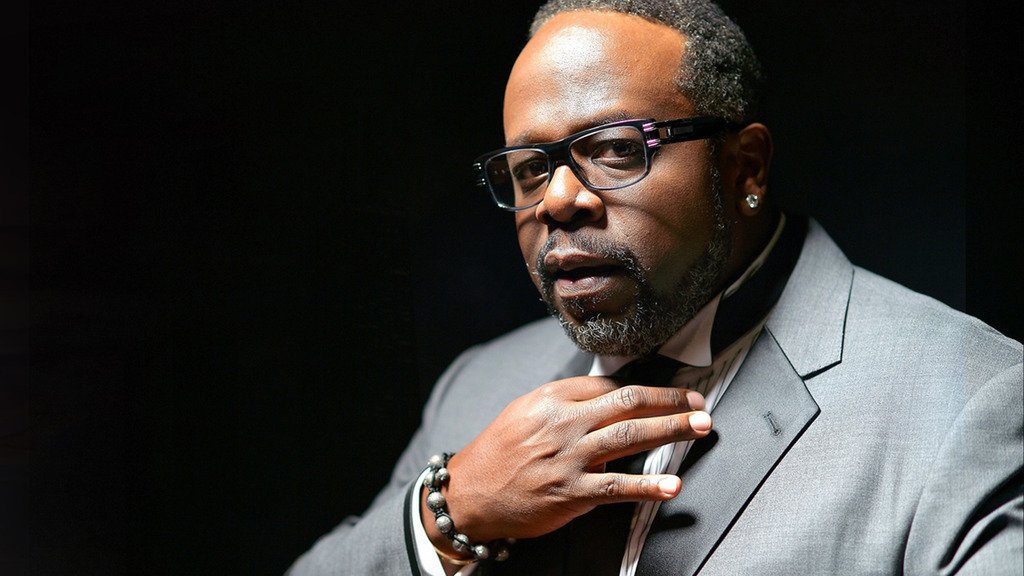 Cedric “The Entertainer” is best known for his crowd-pleasing roles in the recent hit films BARBERSHOP with Ice Cube, BE COOL with John Travolta, MADAGASCAR (animated feature), INTOLERABLE CRUELTY with George Clooney, and THE ORIGINAL KINGS OF COMEDY, MTV’S documentary feature directed by Spike Lee. Additionally, in April 2004, Cedric was star and producer of the box office hit JOHNSON FAMILY VACATION (ranked the #1 comedy in America for two consecutive weeks).

On the big screen, Cedric has also been seen in THE HONEYMOONERS (in which he starred as Jackie Gleason’s famed character “Ralph Cramden”…with thumbs up from Roger Ebert), LEMONY SNICKET with Jim Carrey, MAN OF THE HOUSE with Tommy Lee Jones, BARBERSHOP 2, BIG MOMMA’S HOUSE with Martin Lawrence, KINGDOM COME with Whoopi Goldberg, SERVING SARA with Matthew Perry, as well as displaying tremendous vocal talent in DR. DOLITTLE 2 and ICE AGE.

Cedric has celebrated many career successes spanning television, live performances and film. Some notable accolades include nabbing THE AFTRA AWARD OF EXCELLENCE IN TELEVISION PROGRAMMING for his Fox Television series “CEDRIC THE ENTERTAINER PRESENTS…”; a record-breaking (4) consecutive NAACP Image Awards for “Outstanding Supporting Actor in a Comedy Series” for his portrayal of the lovable “Coach Cedric Robinson” on the WB’s #1-rated “The Steve Harve Show”, which ran for six seasons. His first comedy book, Grown-Ass Man, was released in January of 2002 and sold out across the country. In 2001, a viewing audience of over 144 million saw Cedric star in the Bud Light commercial that landed in the #1 spot during the Super Bowl broadcast (subsequently, USA Today dubbed him “Madison Avenue’s Most Valuable Player”). And, in 1994, Cedric received THE RICHARD PRYOR COMIC OF THE YEAR AWARD from Black Entertainment Television for his ground-breaking work as host of Def Comedy Jam and BET’s Comic View (1994-95 season).

Now helming his own production company, A BIRD AND A BEAR ENTERTAINMENT, Cedric will develop and produce feature films. JOHNSON FAMILY VACATION was the first feature under the new company.

As a philanthropist, Cedric founded THE CEDRIC ‘THE ENTERTAINER’ CHARITABLE FOUNDATION which provides scholarships and outreach programs to enhance the lives of inner-city youth and their families in his hometown of St. Louis, Missouri. He plans to extend the foundation nationally.