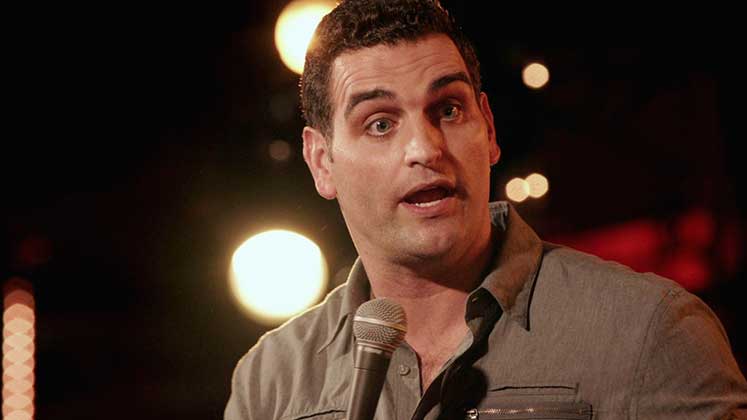 Bret Ernst is a headliner in the top clubs across the country and has earned the sought after honor of marquee status on the Sunset Strip. His half-hour special was ranked in the top 5 of the Comedy Central Presents series and his highly-anticipated debut album, “American Comic,” is being released this year. Ernst was the host of the Oxygen Series LOVE GAMES: BAD GIRLS NEED LOVE TOO. He was also featured on the BET series ONE MIC STAND & the SHOWTIME series COMICS WITHOUT BORDERS. Ernst starred in the feature film VINCE VAUGHN’S WILD WEST COMEDY SHOW, a film documenting Ernst with Vaughn & three other comedians as they performed to sold-out crowds in a 30 night-30 venue tour across America. Bret was a recurring character on the hit SHOWTIME series WEEDS, and has guest starred on CSI: NY. He appeared in Artie Lange’s movie, BEER LEAGUE and hosted the series WRESTLING SOCIETY X on MTV. His stand-up has been featured on THE LATE LATE SHOW on CBS, LOPEZ TONIGHT on TBS and COMEDY CENTRAL’S PREMIUM BLEND. He has made celebrity appearances on E!’s CHELSEA LATELY, ABC’s COMICS UNLEASHED, the TOP TEN on E! and THE SPORTS LIST on FOX. Born in New Jersey, Bret went to high school at Plantation High in South Florida, played collegiate level football at C.W. Post in New York, and currently resides in Los Angeles.