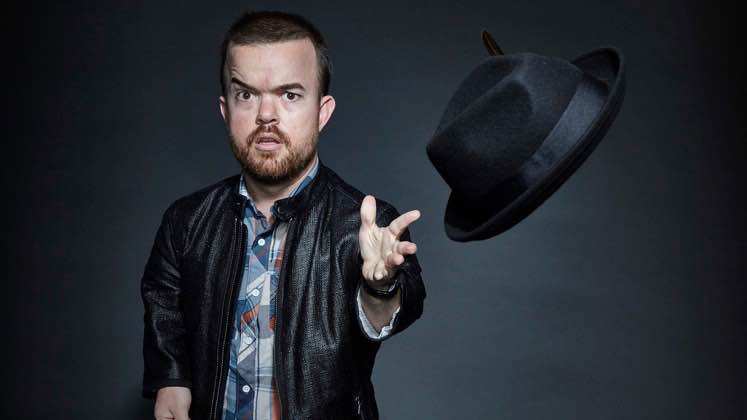 Brad Williams possesses something that everyone can agree is funny: a disability. Brad is a dwarf. He has appeared on numerous TV shows including Mind Of Mencia, Live at Gotham, the Tonight Show, Jimmy Kimmel Live, and Pitboss. Brad has also performed for the troops all over the world because soldiers think dwarfs are funny too.

Brad was born and raised in Orange County, CA. He dropped out of college and started doing comedy at the age of 19. He toured as Carlos Mencia’s opening act for 5 years. Brad’s big break came when he would appear in numerous sketches on Comedy Central’s Mind Of Mencia TV show. Brad’s memorable roles on the show include playing a whore dwarf (“whorf”), the leader of an all dwarf basketball team, joining Mencia at a Renaissance faire, and giving a speech about his hatred of podiums.

Brad’s show is high energy. Robin Williams called him “Prozac with a head.” Brad’s ability to make humorous observations on disability, relationships, sex, and race are winning over audiences and proving that anyone can overcome their shortcomings. Brad’s new hour special, “Fun Size”, premieres May 8, 2015 on SHOWTIME.