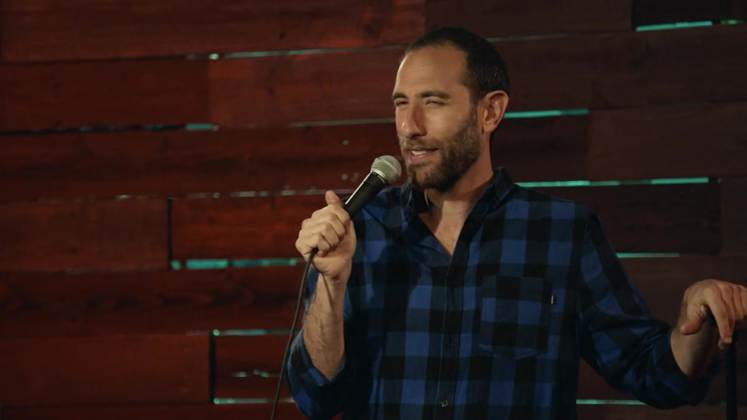 Amongst other works, Ari Shaffir is probably most well-known for a series of comedy works entitled “The Amazing Racist,” the title is a play on that of the reality television show The Amazing Race. In these shorts, “The Amazing Racist” is seen acting in a manner which is overtly and ironically racist. Shaffir filmed many of his offensive encounters for the DVD National Lampoon’s Lost Reality. They were then ripped to the internet by hundreds of different nerds and seen by millions of people. Watching the videos makes many people laugh and many people very angry. Shaffir gets death threats at least once a week and loves them all. If you haven’t seen the videos, Google him. Please don’t watch them at work because you’ll get fired.

Shaffir has also been featured on the HBO show Down and Dirty with Jim Norton, TBS’ show Minding the Store, ESPN Classic’s Cheap Seats: Without Ron Parker, Latino Laugh Festival on Si TV, has made a few appearances on The Opie and Anthony Show, including the greatest day of radio of all time, Babybird, and you probably have seen him on one of the dozens of national commercials he has whored himself in over the years.

Shaffir’s first love is stand up though, and he is a regular at all the major clubs in Los Angeles. For the last few years, he has been touring nationally with Joe Rogan. Shaffir tends to describe his comedy as a puppet show, but way filthier and without the puppets. Shaffir wrote this biography, so every time it says “Shaffir did this,” or “Shaffir did that,” it’s really Shaffir writing it about himself. Shaffir feels like a tool for having done that.

Please don’t come to the show if you’re easily offended, or if you don’t like hearing Jews tell awful stories about sexual misconduct, or if you hate fun. Everyone else, please do come.