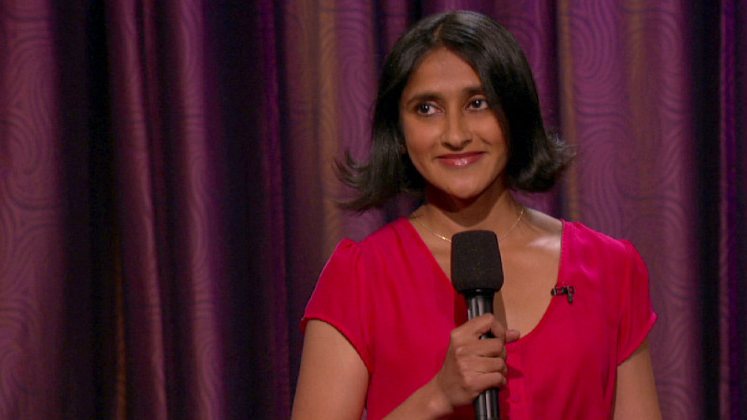 Aparna started out doing comedy in her hometown of Washington, D.C. and currently resides in New York City, and most recently was featured on Comedy Central’s Adam Devine’s House Party Season 2 and will be featured on the upcoming season of Comedy Central’s Meltdown. She was a writer and regular correspondent on FX’s Totally Biased with W. Kamau Bell.

In 2013, she made her late night stand up debut on TBS’s Conan, and was one of the breakout New Faces at the prestigious Just For Laughs Festival in Montreal. She is also an alumna of the NBC Stand Up for Diversity program, and she currently headlines throughout North America and has been seen at a number of festivals including Portland’s Bridgetown Comedy Festival, Maui Comedy Festival, SF Sketchfest, Bentzen Ball, Outside Lands, Aspen’s Rooftop Comedy Festival, The Great American Comedy Festival.

She has also been a contributing writer for NPR, Reader’s Digest, The Huffington Post, The Washington Post Magazine, XM Radio, and Slate V. She can regularly be seen performing at the Upright Citizen’s Brigade’s in LA and NYC.