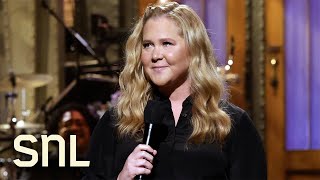 Amy Schumer is one of the fastest rising comics on the scene. The former Last Comic Standing finalist has just released Cutting, on Comedy Central Records. It follows her spring 2010 Comedy Central Presents stand up special. She also just filmed a movie with Steve Carell called Seeking a Friend for the End of the World.

On the small screen, she has nabbed a recurring role in the upcoming season of Adult Swim’s mocumentary series “Delocated” as well as a spot on HBO’s “Curb Your Enthusiasm.” She is also playing opposite Parker Posey in indie flick Price Check. Amy has also performed on “Late Night with Jimmy Fallon” and “John Oliver’s New York Stand-Up Show.” She has also appeared on “The Ellen DeGeneres show,” where Ellen was quoted as saying “Amy is one of my favorites, I expect to see big things from this girl.”

Amy was selected for the 2007 Montreal Just For Laughs Festival in the “New Faces” category. She has also appeared on Comedy Central’s “Live At Gotham” and co-starred in the series, “Reality Bites Back.” She served as host of the game show “BFF” on MySpace video and can be found weekly in any number of comedy clubs in New York City or headlining clubs or colleges around the country.

She is a graduate of the William Esper studio.