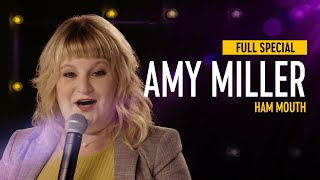 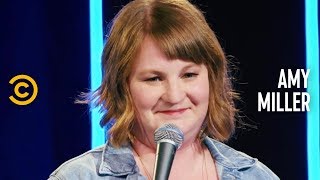 Being Plus Size in L.A. Is “Brave” - Amy Miller 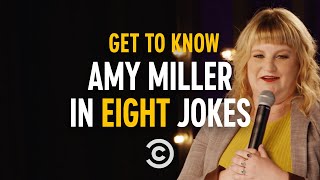 Amy was a breakout favorite in Season 9 of Last Comic Standing. Roseanne Barr called her “a star” and a “contender for next alpha female comedian.” Keenen Ivory Wayans said she had one of the “fiercest jokes he had ever heard.” Amy works comedy clubs and festivals around the country, working with headliners from Norm Macdonald to Arsenio Hall to singer Ryan Adams. You may have heard her on Doug Loves Movies, the Bennington Show, Put Your Hands Together, All Fantasy Everything or NPR, or seen her on Viceland’s Flophouse.

Her debut album Solid Gold was released in 2016 on Kill Rock Stars and was named one of the Top Ten comedy albums of that year in the Interrobang.